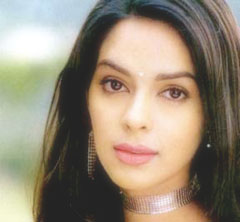 Mini Biography
Mallika Sherawat was born in a conservative Jat family. She is a graduate in Philosophy from Miranda house, Delhi University. Mallika Shehrawat was an airhostess for some time. She married a pilot named Karan Singh Gill. Mallika Sherawat was such a dreamer that her husband Karan Singh Gill found it hard to adjust to her and soon they parted ways. Meanwhile, Malika got some modeling assignments and she entered in the glamour world. Later she modeled for some popular brands like BPL and SANTRO with Amitabh Bachchan and Sharukh Khan.

Mallika Shehrawat made her debut in the Bollywood with the film "Khwaish" directed by Govind Menon. The film "Khwaish" was in the news because of seventeen lip-lock kiss scenes. The movie failed miserably at the box office but Mallika didn't go unnoticed. She was offered another steamy role in the film "Murder" directed by Mahesh Bhatt. The film "Murder" was super hit at the box office and Malika Sherawat was nominated for Zee Cine Best Actress Award. Since then Mallika didn't look back. Mallika was also featured on the cover page of an international magazine- Snoop, which is the Indian edition of Cosmopolitan.