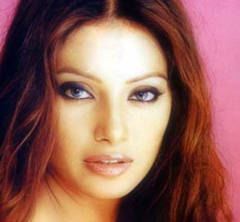 Mini Biography
Bipasha Basu was born in a Bengali family at New Delhi. Later her family shifted to Kolkata where she won regional beauty contest at a very young age. Bipasa Basu is the second of three sisters. Her elder sister name is Bidisha and her younger sister name is Bijyota.

Modeling and acting has come to Bipasa Basu by chance. She had planned to be a Chartered Accountant after her graduation but in the meanwhile she won Ford super model contest and entered the world of modeling. She was also listed as sexiest woman of Asia along with fellow stars Mallika Sherawat and Aishwarya Rai.