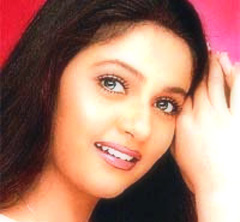 Mini Biography
Gracy Singh was born in Delhi in a Punjabi family. She had actively participated in her school plays and dances. Gracy Singh was so passionate about dancing that she learnt classical dance during her vacations. After schooling Gracy Singh started her career as dancer in the dance group "The Planets" along with Ronica Jacobs. She was spotted by Sanjiv Bhattacharya in one of her dance shows and Gracy Singh was offered the role of 'Dinky' in the soap opera "Amaanat".

Gracy also did small roles in the films "Hu Tu Tu" and "Hum Aapke Dil Mein Rahte Hain", which went unnoticed. But her performance in tele serial "Amaanat" was appreciated and she was called for audition by the director Ashutosh Gowrikar for his film "Lagaan". Gracy Singh's innocent face and soft voice impressed Ashutosh and she became part of the film which went on to create history. The film "Lagaan" was nominated for Oscar Award. Gracy essayed the role of a village girl so nicely in the movie that she went on to win Zee Cine Best debutant Award for her performance in the film "Lagaan". Gracy Singh acted in the movies like "Gangajal", "Armaan" and "Munna Bhai MBBS" and all the three films were super hit at box Office. She earned the epithet of 'lucky mascot' in the film industry. However her next movie "Muskaan" opposite Aftaab Shivdasani could not create the same magic at box office.