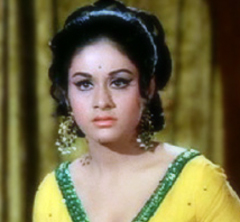 Mini Biography
Aruna Irani comes from Irani Zoroastrian background. Aroona is sister of film director Indra Kumar and is married to Kuku kohli who is also a film director. She made her Bollywood debut with the film "Gunga Jumna". After small roles in films like "Jahanara", "Farz", "Aaya Sawan Jhoomke" and pairing with comedian Mehmood in films like "Aulad", "Humjoli" and "Naya Zamana", Aruna Irani finally shot to fame with her brilliant performance as an aggressive gypsy woman in the super hit movie "Caravan". Since then she has worked in more than 300 films as supporting actress. Aruan Irani took each role seriously and delivered great performances, endearing herself to filmmakers and creating a niche for herself. She was awarded the Filmfare best supporting actress for her role in the film "Pet Pyaar Aur Paap" in 1984 and again for the film "Beta" in the year 1992. In most of her movies she is seen in negative role or as an item dancer.