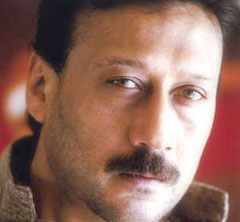 Mini Biography
Jackie Shroff was introduced to the film industry by Dev Anand in the film "Swami Dada". Subhash Ghai made him star with his film "Hero", which had Jackie in the lead role. Jackie Shrof was often paired with another leading actor Anil Kapoor and together they gave many hit films like "Karma", "Ram Lakhan" and "Parinda". Though he has given a number of successful films but Filmfare Award eluded him for a long time. Jackie won his first Filmfare Best Actor Award in 1990 for his performance in the film "Parinda".

Jackie Shroff made great mark in the films "Angaar" where he plays a youth, frustrated with crime and corruption, who takes on a violent campaign against the system and "Gardish" where his portrayal of a common man taking on the criminal elements in society. His other memorable movies are "Tridev", "Khalnayak", "1942 a Love Story" "Rangeela" and "Devdas". Jackie Shroff went on to win Filmfare Best Supporting Actor Award for his performance in the films "1942 a Love Story" and "Devdas".