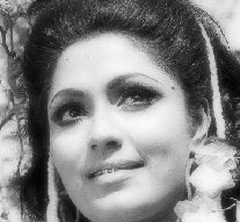 Personal Profile
Bindu is an Indian actress. She was born to Nanubhai Desai, a film producer, and Jyotsna, a stage actress. With the sad demise of her father, the burden of earning came on her fragile shoulders. She is married to Champaklal Zaveri. She speaks Hindi and English.