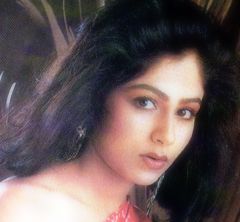 Mini Biography
Ayesha Julka was born in Srinagar (Kashmir). She had spent her childhood in Srinagar along with her sister Aparna. Later Ayesha's parents shifted to Bombay for education of their children and settled down there in the end. After her education, Ayesha had stepped into the modeling arena for a short period before becoming an actress in the Bollywood. Ayesha Jhulka made her debut in Bollywood with the film "Kaise Kaise Log". Though the film was not successful at box office but her performance was noticed. Since then Ayesha has acted in more than thirty five films with renowned actors of the Indian film industry.