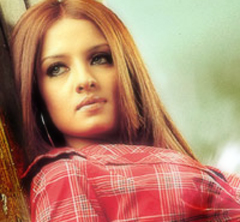 Mini Biography
Celina Jaitley is daughter of an army officer. Her mother is an Afghani and is a child psychologist by profession. Celina has a brother who is also an army officer. After graduation, Celina Jetley did a marketing job in a Cell phone company in Kolkata. In Kolkata, Celina participated in a local beauty contest just for the heck of participation and to everybody's surprise she emerged victorious. This encouraged Celina to participate in Miss India contest. She was crowned Miss India in 2001. Celina Jaitley stepped in the world of Bollywood cinema with "Janasheen". In spite of her bold scenes, the movie could not do any wonders at the Box Office though she earned the title of sex symbol with all her bikini shots. Her next film was "Khel" opposite Sunny deol, which also failed at box office. In spite of all these failures Celina Jetley continues to get roles in movies. She also appeared in the video "Zara Nazron Se Kehdo" by the Bombay Vikings.