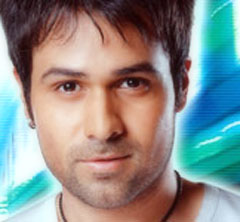 Mini Biography
Emraan Hashmi was born to a Muslim father and Catholic mother. After graduation he made up his mind to pursue his career in film industry. Imran Hashmi made his Bollywood debut with the film "Footpath". But he shot into fame with the hit film "Murder". His next few films such as "Zeher", "Kalyug", "Aksar", "Gangaster" and "Ashiq Banaya Aapne" were successful at box office and almost all the songs in his films sang by either Himesh Reshamiya or Kunal Ganjawala, became huge hit. Emran has been given title of Serial Kisser because of sex and kissing scenes in most of his movies. He is so fed up with his kissing scenes that he tried to shed his image of serial kisser in the film "Awarapan". Even in his interviews Imran has said that he will not be doing any kissing scenes in his future films.