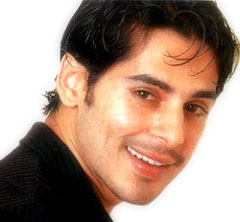 Mini Biography
Dino Morea was born to an Italian father and an Indian mother. Dino Moria won Gladrags Super Model Contest in 1999. But he was introduced to modeling by Prasad Bidapa and he soon received his first film offer opposite Rinkie Khanna. Dino Morea's first film "Pyar Mein kabhi Kabhi" was a flop at box office but he got breakthrough roles with the Rajiv Menon film"Kandukondain Kandukondain" and the horror film "Raaz". The film "Raaj" was super hit at box office and film offers began to pour in. Thereafter Dino Moria has acted in films such as "Gunaah", "Plan", "Insaaf", "Rakht", "Aap Ki Khatir" and "Dus Kahaniyaan". Dinu Morea's other films were not as successful as "Raaj". In most of the films he appeared as supporting actor.

Dino has appeared in several commercials including 'Close-Up' and the sizzling 'Live In jeans'. Dino Morea has also featured in Alisha Chinai music video "Vah Vah". This handsome hunk with cute dimples and a wonderful body is usually seen on the ramp of famous fashion shows.