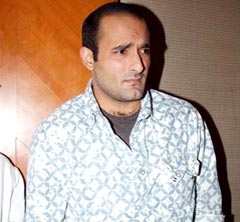 Mini Biography
Akshay Khanna is son of the Bollywood star turned politician Vinod Khanna. He made his debut in Bollywood with the movie "Himalayputra", went without much success at box office. Akshaye Khanna gave remarkable performance in his next movie "Border", directed by J. P. Dutta and received a couple of awards for his performance. After that a string of flop films followed. Perhaps it was his imprudent choice of films such as "Mohabbat", "Kudrat", "Lawaris", "Love You Hamesha" and "Dahek" that turned the tide against Akshaya Khanna. Then, there came a ray of hope in the form of Rishi Kapoor's "Aa Ab Laut Chale". Though the film did average business but he was praised for his acting in this film. Since then he has given remarkable performance in a number of movies like "Dil Chahta Hai", "Deewar", "Gandhi, My Father", "Hulchul", "Humraaj" and Hungama. Akshay Khanna won the Filmfare Best Supporting Actor Award for his performance in the film "Dil Chahta Hai". In his recent released film "Gandhi, My Father" he portrayed the character of Harilal Gandhi, Harilal was eldest son of Mahatma Gandhi. He was praised by critics for his performance and was mentioned as his best performance so far.