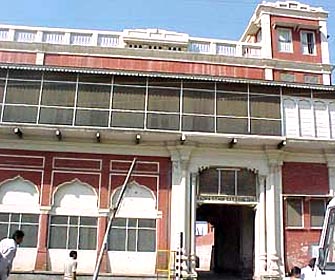 What is Radhasoami Satsang?
Radhasoami Satsang is a charitable, non-profit institution, dedicated to the inner development of an individual. Public welfare is one of the major aims of the satsang. It runs a number of voluntary programs and activities to achieve this purpose. The spiritual movement has now expanded to a great extent and established its centers in a large number of countries.

Radhasoami Satsang Ashram
The headquarters of the Radhasoami Satsang Ashram are near Beas River, in North India. It was established in the year 1891. People who are interested in adopting the movement can come and stay in the guestrooms built there. There is also a 300-bed hospital here, which provides free medical care to the needy members as well as non-members.

Establishment of Radhaswami Satsang
One of the largest spiritual movements of the world, Radhaswami Satsang was started in the year 1861. Swami Shiv Dayal Singh Ji Maharaj was the founder of the movement, which initiated in the city of the Taj, Agra.

Basic Tenets of Radhasoami Satsang
The members are required to engage in…
The Philosophy
The term 'Radhasoami' literally means union of the soul with God. Followed by Hindus as well as Sikhs, Radha Swami Satsang is based on the philosophy that communion with God can be obtained. However, for the purpose, an individual must listen to the shabad (sound), or naam (name), of the Lord. Emphasis is also placed on 'satsang', 'the congregation of truthful people'. The philosophy is also known as Science of the Soul or 'Sant Mat', meaning 'teachings of the saints'.

The Objectives of the Movement
Swami Shiv Dayal Singh Ji Maharaj
The founder of Radhasoami Ashram in India, Swami Shiv Dayal Singh Ji Maharaj was also known as Soamiji Maharaj. He believed that human soul is Radha, aiming at communion with her Soami, the eternal reality. This is why he gave the name Radhasoami to his movement. He never advertised for the membership of his satsang and never in his life did he try to woo followers. It was his teachings that attracted individuals towards his satsang. He left for the mortal world in 1878.

By Air
The airport at Amritsar is the nearest to Beas. It has direct fights to almost all the key cities in India.

By Rail
The local railway station of Beas has regular train services to Amritsar and Jalandhar.

By Road
Lying on the National Highway, Beas is well connected to all parts of the country by road.