This article contains information about Hindu Gods. Go through this write up to know more about Gods in Hindu religion/Dharma.
Home : Spirituality : Hindu Gods 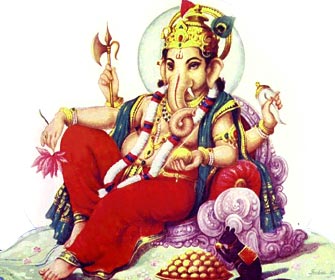 It is believed that there are 330 million gods in the Hindu Dharma. There are as many Hindu gods as there are devotees to suit the feelings, moods and social background of the devotee. However, it is not really the sign of ignorance. The ultimate reality is one, the almighty. The omnipresent God is a universal fact and having different names show the branches of the same tree. You will find each and every branch cropping up from the same tree. Similarly God is one, there can be different forms or physical appearances but the ultimate reality is one.

In Hindu religion, there are many gods. Here we will discuss some of the popular Hindu gods.

Bhairav
Lord Bhairav is considered to be the incarnation (Avatar) of Lord Shiva. In the contemporary times, Bhairav has been worshipped by millions of people to get the powerful blessings from the god. Bhairav is a fierce form of Shiva.

Lord Hanuman
Hanuman is considered to be an avatar (incarnation) of Lord Shiva. Shri Hanuman, a great disciple of Sri Rama, is the symbol of devotion and dedication. Lord Hanumana is the provider of courage, hope, knowledge, intellect and devotion.

Lord Rama
Lord Rama is known as the seventh incarnation of Lord Vishnu. Rama, the perfect avatar of the Supreme Protector Vishnu, has always been popular among the Hindu deities. Rama is the symbol of courtesy and virtue, a man of values and morals.

Lord Krishna
Lord Krishna is one of the most popular and worshipped deities of the Hindu religion. Krishna is considered as the eighth avatar of Lord Vishnu, the divine. Shri Krishna is the very embodiment of love and divine ecstasy that destroys all pain and offense.

Shiva, the Destroyer
Lord Shiva or Siva is considered as the destroyer of the world. Shiva is one of the most popular gods of the Hindu religion. Lord Siva forms the part of the Trimurti (Trinity), the other being Brahma, the creator and Vishnu, the preserver respectively.

Surya
The Sun God As per the Hindu Religion, Surya symbolizes the Sun God. Surya is considered as the only visible form of God that can be seen every day. God Surya is regarded as an aspect of Shiva and Vishnu by Shaivites and Vaishnavas.

Vishnu, the Preserver
Lord Vishnu is considered as the chief god in Hindu religion and Indian mythology. Vishnu, the preserver, forms the part of the trinity while the other two being Brahma and Shiva, respectively, as the creator and destroyer of the universe.