Missionary/ Missionaries of Charity is a charitable organization set up by Mother Teresa in the city of Kolkata/ Calcutta, India.
Home : Spirituality : Ashrams in India : Missionary of Charity 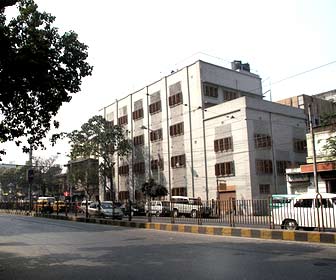 Mother Teresa
Mother Teresa was born Agnes Gonxha Bojaxhiu at Skopje on August 26th 1910. By the time she attained the age of eighteen, she realized that her mission in this life was to serve God and Jesus. She joined the Convent of Our Lady of Loreto in Dublin. Impressed with St. Therese of Lisieux, she adopted the name Teresa and took her vows in 1931. In 1937, she came to Calcutta (now Kolkata) and joined St. Mary's High School. It was there that she realized her true calling and devoted her life in service of the sick, poor and needy people in the society.

The Mission The mission of the Missionaries of Charity, started in Kolkata city of India, is to care for…

"The hungry, the naked, the homeless, the crippled, the blind, the lepers, all those people who feel unwanted, unloved, uncared for throughout society, people that have become a burden to the society and are shunned by everyone." --- Mother Teresa

Expansion
Pope Paul VI granted a Decree of Praise to Mother Teresa in the year 1965 and with it came the permission to expand the order to other countries. From a small Order with 12 members, today it has expanded to over 4,000 nuns running a number of charitable institutions. The Missionaries of Charity now has branches in almost 133 countries of the world. It has set up orphanages, AIDS hospices and charity centers throughout the world.

By Rail
There are two main railway stations in Kolkata, at Howrah and at Sealdah. Both the stations are well connected with all the key cities in the country.

By Road
An extensive network of roads link Kolkata with the other cities of the country.