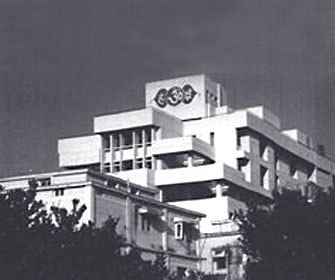 The Mission
Bihar School of Yoga aims at educating people throughout the world about the practice of Yoga as well as to remove the various false impressions about Yoga. As per this school, yoga does not merely relate to physical or mental aspects, rather, it is the holistic yoga that is more important. Along with the physical, mental and spiritual aspects, holistic Yoga also emphasizes the lifestyle aspect. The development of a balanced personality is the ultimate aim of holistic yoga. It attempts at creating synchronization between body, mind and spirit.

Satyananda Yoga
The form of yoga that is taught at the Bihar School of Yoga in India is known as the Satyananda Yoga. Developed by Paramhamsa Satyananda, the yoga uses a combination of the traditional practices to ensure the holistic development of an individual. For example, asanas (postures) are used to create a balanced between the body and mind. Pranayama (breathing practices) infuse energy into an individual and meditation to calms the mind as well as strengthens concentration.

Techniques of Satyananda Yoga
Satyananda Yoga makes use of the following aspects of yoga…
The Courses
Sivanandashram offers short-term courses like yogic sadhana, yogic health management, yogic stress management and a number of specialized courses. Ganga Darshan offers sanyas and yoga training. The yogic techniques taught here are a combination of Tantra, Vedanta and Yoga and also incorporate the present methodologies of physical and mental health.

Use of Gurukul system and Karma Yoga
Satyananda Yoga School of Bihar is based on the Gurukul system, which was prevalent in the ancient India. The students of the school live with their Gurus (teachers) and acquire knowledge. The adherence to the principles of Karma Yoga is also a unique feature of the Satyananda Yoga School of India. Karma Yoga aims at self-realization or communion with god, through the performance of their karma (work).

Swami Niranjanananda
Paramhamsa Satyananda moved away from the main stage to a life of asceticism, in 1988. In his place, he appointed his closest disciple, Swami Niranjanananda. One of the youngest gurus in India, Niranjanananda performs the administrative and spiritual duties at the ashram.

Courses by Bihar Yoga Bharati
How to Reach

By Air
Patna airport is the nearest to Munger. It has regular flights to all the key cities in India.

By Rail
The Munger railway station is well connected with the capital city of Patna.

By Road
One can easily reach Munger from Patna, by bus or by a taxi.