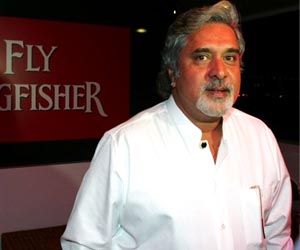 Vijay Mallya is the Chairman of the United Beverages (UB) Group. He recently launched a new domestic airline called Kingfisher Airline which is making great waves. Vijay Mallya is famous for his flamboyant and flashy lifestyle.

Vijay Mallya is the son of a famous industrialist Vittal Mallya. He assumed the Chairman of the UB Group in 1983 and took the company to great heights. Under his dynamic leadership the group has grown into a multi-national conglomerate of over sixty companies. During this process United Beverages acquired several companies abroad. The UB Group has diversified business interests ranging from alcoholic beverages to life sciences, engineering, agriculture, chemicals, information technology and leisure.

Vijay Mallya has other interests too apart from business. He has won trophies in professional car racing circuits and is a keen yachtsman and aviator. Vijay Mallya has also won numerous trophies in horse racing including several prestigious Derbies.

In 2000, Vijay Mallya entered politics superceded Subramaniam Swamy as the president of Janata Party. Presently, he is a Rajya Sabha M.P.