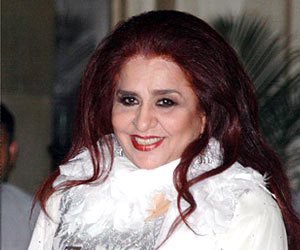 She is one of the most prominent personalities of the corporate world. She is making a constant effort to beautify the skin of people with her beauty products. She has been continuously striving hard to slow down the aging process and nourish the skin of people and thus make them look younger than their age. Well, we are talking about none other than the ruler of the beauty world, Shahnaz Hussain. In this article, we will present you with the biography of Shahnaz Hussain.

She comes from a royal Muslim family and her father was a very powerful man. She did her schooling from the Irish convent. Since a very young age, she had an interest in poetry and English literature. She grew up in a traditional family, but was privileged to receive modern education. She got married, when she was only fifteen years old. The next year after her marriage, she became a mother.

When she went to Teheran along with her husband, she developed a keen interest in beauty treatments. Eventually, she decided to study the cosmetology course. She wanted to be self independent and so she began writing articles for the Iran Tribune on varied subjects. While pursuing studies, she learnt about the harmful effects of chemicals on human body. She studied Ayurveda and believed that it is the best alternative to chemical cosmetics.

After leaving Teheran, she took an extensive training in cosmetic therapy for a long period of 10 years from the leading institutions of London, Paris, New York and Copenhagen. She returned to India in the year 1977 and established her first beauty salon in her abode. Unlike other salons, she did not use chemical cosmetics. Rather, she made use of Ayurvedic products that are absolutely safe on the human body. She has ushered an era of herbal cosmetics. The products launched by her Company head their way to leading global stores such as Blooming Dales (New York), Harrods and Selfridges (London), Seibu (Japan), Galleries Lafayette (Paris), and La Rinaeccente (Milan).

Her beauty products are very skin friendly and give a beautiful glowing look. She has not only been able to tap the markets of India, but made her presence felt in international market too. Now, her aim is to set her foothold in the space. People who go to space usually suffer from skin problems. At present, Shahnaz Hussain is focusing her attention on creating products that can prove to be beneficial for the astronauts. To know the complete life history of Shahnaz Hussain, read on.

Her company Shahnaz Husain Herbals has witnessed tremendous growth throughout these years. She has launched more than 400 different kinds of beauty products. In the contemporary times, people are becoming more and more conscious about the way they look. It is here that Shahnaz Hussain comes to play a major role by providing people with products that can bring the glow back to their skin.

She has dominated the market from the USA to Asia. During 1990s, the average growth rate of her company, which is based in New Delhi, was nearly 19.4%. In the year 2002, her Company touched $100 million. Her works are real praiseworthy and have been appreciated all over the world. She has received many awards such as "The Arch of Europe Gold Star for Quality", "The 2000 Millennium Medal of Honor", "Rajiv Gandhi Sadbhavana Award" and many more.