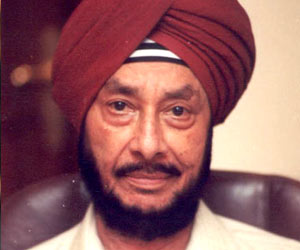 Born: 1922
Achievement: Founder of Raunaq Group; Elected as a member of the Executive Board of the International Chamber of Commerce, Paris

Raunaq Singh was one of the earliest entrepreneurs of independent India who made it big. He was the founder of Raunaq group. The Raunaq Group's major companies include Apollo Tyres Ltd, Bharat Gears Ltd, Bharat Steel Tubes Ltd, Raunaq International Ltd, Menarini Raunaq Pharma Ltd, and Raunaq Automotive Components Ltd.

Raunaq Singh was born in 1922. After initial struggle he went on to become a powerful figure in corporate India. At one point of time in his life he could afford only one paisa a day for meals and when he retired his group was employing 9000 people on his payroll.

Raunaq Singh won several awards for his entrepreneurship. He was often referred as "Mr. Exporter", because of his inclination for exports and export promotion for Indian Industry. Raunaq Singh also won international recognition for his entrepreneurial skills. was elected as a member of the Executive Board of the International Chamber of Commerce, Paris for a three-year term.