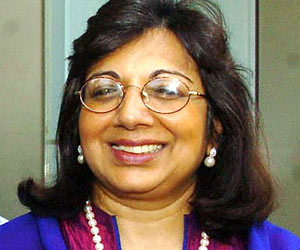 Kiran Mazumdar Shaw was born on March 23, 1953 in Bangalore. She had her schooling at Bishop Cotton Girls School and Mount Carmel College at Bangalore. After doing completing her B.Sc. in Zoology from Bangalore University in 1973, she went to Ballarat University in Melbourne, Australia and qualified as a master brewer.

Kiran Mazumdar Shaw started her professional career as trainee brewer in Carlton & United Beverages in 1974. In 1978, she joined as Trainee Manager with Biocon Biochemicals Limited in Ireland. In the same year, Kiran Mazumdar Shaw founded Biocon India in collaboration with Biocon Biochemicals Limited, with a capital of Rs.10,000. She initially faced many problems regarding funds for her business. Banks were hesitant to give loan to her as biotechnology was a totally new field at that point of time and she was a woman entrepreneur, which was a rare phenomenon.

Biocon's initial operation was to extract an enzyme from papaya. Under Kiran Mazumdar Shaw's stewardship Biocon transformed from an industrial enzymes company to an integrated biopharmaceutical company with strategic research initiatives. Today, Biocon is recognised as India's pioneering biotech enterprise. In 2004, Biocon came up with an IPO and the issue was over-subscribed by over 30 times. Post-IPO, Kiran Mazumdar Shaw held close to 40% of the stock of the company and was regarded as India's richest woman with an estimated worth of Rs. 2,100 crore.