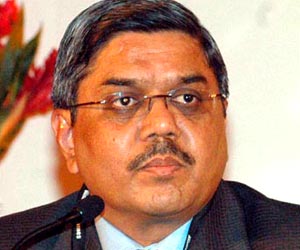 Tulsi Tanti is the Chairman of Suzlon Energy Ltd, a company dealing in wind energy. He is one of those first time entrepreneurs who saw potential in an inchoate idea, ventured into it, and made it big. Today, he ranks among top 10 richest men of India.

A commerce graduate and a diploma holder in mechanical engineering, Tulsi Tanti originally hails from Gujarat and is presently based in Pune, Maharashtra. Tulsi Tanti was earlier into textiles. He started his textile business in Gujarat. But he found that the prospects stunted due to infrastructural bottlenecks. The biggest of them all was the cost and unavailability of power, which formed a high proportion of operating expenses of textile industry.

In 1990, Tulsi Tanti invested in two windmills and realized its huge potential. In 1995, he formed Suzlon and gradually quit textiles. Suzlon Energy is the sixth largest wind energy company in the world and the largest in Asia. It is presently building what will be among the world's largest wind parks of its kind at 1,000 MW capacity.

Suzlon is currently concentrating on global expansion drive. It recently acquired Hansen Transmissions, a Belgian maker of wind-turbine gearboxes. Suzlon is also building a rotor-blade factory in Minnesota and has invested $60m in a factory in Tianjin, China. Tulsi Tanti is poised to make India a wind-power export hub.