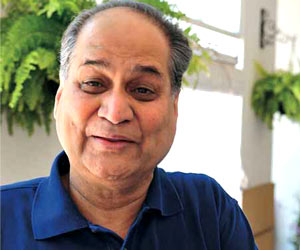 Achievement: Chairman of the Bajaj Group

Rahul Bajaj is the Chairman of the Bajaj Group, which ranks among the top 10 business houses in India. The Bajaj Group has diversified interests ranging from automobiles, home appliances, lighting, iron and steel, insurance, travel and finance. Rahul Bajaj is one of India's most distinguished business leaders and internationally respected for his business acumen and entrepreneurial spirit.

Rahul Bajaj is an alumnus of Harvard, St. Stephen's and Cathedral. He took over the reins of Bajaj Group in 1965. Under his stewardship, the turnover of the Bajaj Auto the flagship company has risen from Rs.72 million to Rs.46.16 billion. Rahul Bajaj created one of India's best companies in the difficult days of the licence-permit raj. He established factories at Akurdi and Waluj. In 1980s Bajaj Auto was top scooter producer in India and its Chetak brand had a 10-year waiting period.

The initiation of liberalization in India posed great challenges for Bajaj Auto. Liberalisation brought the threat of cheap imports and FDI from top companies like Honda. Rahul Bajaj became famous as the head of the Bombay Club, which opposed liberalization. The scooter sails plummeted as people were more interested in motorcycles and the rival Hero Honda was a pioneer in it.

The recession and stock market collapse of 2001 hit the company hard and it was predicted that the days of Bajaj Auto were numbered. However, Bajaj Auto re-invented itself, established a world-class factory in Chakan, invested in R&D and came up with Bajaj Pulsar Motorcycle. Bajaj Pulsar is currently a leader in its segment.

Recently, Rahul Bajaj was elected to Rajya Sabha from Maharashtra.