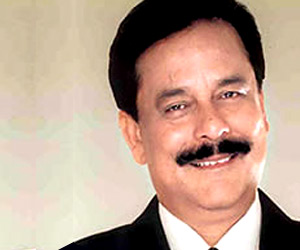 Achievement: Chairman of the Sahara Group

Subroto Roy, is the head of the $10bn (£5.5bn) Sahara Group. Sahara Group has interests in banking, aviation, media and housing.

Subroto Roy began his journey in 1978, when he founded Sahara in 1978 with three workers in the northern state of Uttar Pradesh as a small deposits para-banking business. Today, the group has diversified into a giant business conglomerate with interests in housing, entertainment, media and aviation.

Sahara Group presently runs a private airline, entertainment and news television channels, a newspaper, and claims to own some 33,000 acres of real estate across India. It also sponsors the Indian cricket and hockey teams and intends to move into life insurance, housing finance, consumer products, sportswear, and healthcare.

Sahara Group has come up with one of the most prestigious real estate projects in India, namely Amby Valley Project. The project boasts some of the biggest name in Indian entertainment and sports arena as well as some former international Olympic medal winners as its brand ambassadors. One of the last times Sahara Airline was in the news was for its merger with Jet Airlines. The deal was almost called off a few times however, in the end the two airlines did merge and Sahara became JetLite

Sahara Group has a huge complex in Lucknow, Uttar Pradesh. The complex is known as Sahara City. Subrato Roy is famous for his flamboyant lifestyle. The wedding of his two sons became talk of the town. The who's who of Indian elite attended it and its expenditure ran into hundreds of crores. Subroto Roy calls himself as the group's "chief guardian".