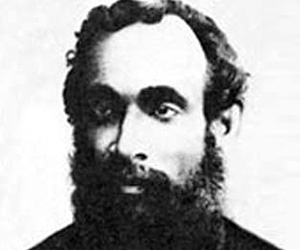 Born - 10 November 1848
Died - 6 August 1925
Achievements - Being among the earliest of Indian politicians in the pre-independence era, Sir Surendranath Banerjee established the Indian National Association that he later merged with the Indian National Congress owing to their common agenda. At a very young age, he cleared the British instituted ICS examinations, but was dismissed due to racial discrimination. He whipped up a strong protest against this.

After graduating from the University of Calcutta, Surendranath traveled to England in 1868 along with Romesh Chunder Dutt and Behari Lal Gupta to appear for the Indian Civil Service exams. Though he passed the ICS in 1869, he was dismissed because of a dispute over his right age. After this matter was sorted out in a court of law, Banerjee reappeared for the exam and once again managed to clear it in 1871. He was appointed as the assistant magistrate in Sylhet, but was chucked out due to racial discrimination.

Not one to leave challenges lying down his entire life history, Sir Surendranath Banerjee headed straight to England this time. Though he raised his voice against the injustice, his protest failed to deliver any positive result. However, during his stay in England from 1874 to 1875, Banerjee acquainted himself with the works of Edmund Burke and other liberal philosophers. Upon returning to India, Surendranath Banerjee instead started working as a professor of English at the Metropolitan Institution, the Free Church Institution and at the Ripon College.

In the time to come, Banerjee went on to launch 'The Bengali' newspaper and the Indian National Association in 1876. He employed these forums to address political and social issues like the age-limit for Indian students appearing for ICS. He rebuked the racial discrimination practiced by the British officers through public speeches all over the country, which made him very popular. After the Congress was set up in 1885 at Bombay, Banerjee merged his Indian National Association with it owing to their common agenda. He served as Congress President in 1898 and 1904.