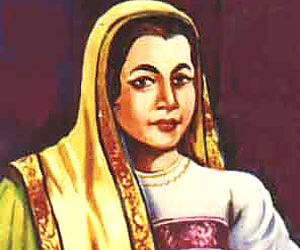 A prominent personality of the Indian Nationalist Movement, she was born as Bhikaiji Rustom Cama on 24th September, 1861 to a Parsi family in Bombay (now Mumbai). Well, we are talking about none other than Madam Cama, who is a well known freedom fighter. She came from a pretty well off family and her father Sorabji Framji Patel was a powerful member of the Parsi community. In this article, we will present you with the biography of Madame Cama.

Bhikaji took education from Alexandra Native Girl's English Institution. From the very beginning, she was a very sincere child. She always admired the personalities of the Nationalist Movement. On the 3rd of August in the year 1885, she tied her wedding knots with Rustom Cama, an affluent pro-British lawyer. She did not enjoy her married life and spent most of her time performing altruistic activities. Read on to know the complete life history of Madam Bhikaji Rustom Cama.

In the year 1896, the Bombay presidency was hit by a natural calamity, which had adverse effects on the city. Bhikaji was instrumental in the activities undertaken to provide assistance to the afflicted people. While rescuing other people and inoculating them, she herself became a victim of the infection. She became very weak, but somehow managed to survive. In the year 1902, she went to Europe for subsequent medical care and convalescence.

During her stay in London, she got a message that her return to India can take place subject to the promise that she would not participate in the Nationalist Movement. She refused to make such a promise and remained in exile in Europe. She died in the Parsi General hospital in Bombay (now Mumbai) in the year 1936. While Madam Cama was in London, she served as the private secretary to Dadabhai Naoroji, who was the first Asian to be elected to the British House of Commons.

When Bhikaji Cama was in Paris, she happened to come across a number of notable leaders of the Indian Nationalist Movement. In Holland, they secretly published and circulated the revolutionary literature for the Nationalist Movement. During her stay in France, the British Raj authorities requested her extradition, but the French Government did not show their willingness and refused to cooperate. In return, the Britishers confiscated Madame Cama's legacy.

Bhikaji Cama has always been actively involved in fighting for gender equality. On August 22, 1907, she raised the flag for India's Independence at the International Socialist Conference in Stuttgart, Germany. There are many cities in India that have streets and places being named after Bhikaiji Cama. On 26th January 1962, the Indian Posts and Telegraphs Department issued a stamp to acknowledge her work and give her honor. The Indian Coast Guard consists of a ship that has been named after her.