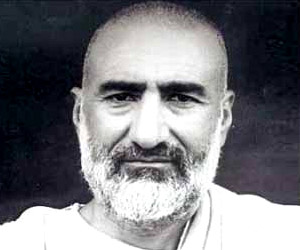 Born - 1890
Died - 1988
Achievements - Abdul Ghaffar Khan was a Pashtun political and spiritual leader of India. He was widely respected for his non-violent resistance to the British's sway over the country and was known to be a devout follower of the great Mahatma Gandhi.

Abdul Ghaffar Khan was a Pashtun political as well as a spiritual leader of India. He was well-known and respected for his non-violent resistance to the British's sway over the entire country. A lover of peace and harmony and a devout follower of the great Mohandas Karamchand Gandhi, Abdul Ghaffar Khan used to be called by people by many names like Badshah Khan or Bacha Khan meaning 'King of Chiefs' and Sarhaddi Gandhi. Read on to know more about the biography of Abdul Ghaffar Khan.

Khan maintained a very close friendship with Gandhiji, who advocated adherence of non-violent methods for winning back freedom from the hands of the British. The two of them nurtured deep love and respect for one another and worked in alliance till the time India gained its independence in the year 1947. The leading Khudai Khidmatgar organization, of which Abdul Ghaffar Khan was reverent member, worked in close partnership with the Indian National Congress against the British Empire.

On many occasions, when other members of the Indian National Congress disagreed with Mahatma Gandhi on any particular issue, Abdul Ghaffar Khan all throughout the life history of their friendship, remained Gandhiji's strongest supporter. He refused when the Congress proffered him its presidency in 1931, but, nevertheless remained a member of the Congress Working Committee for a long time. Abdul Ghaffar Khan was a champion of women's rights and nonviolence and for this, the public simply adored him.

His entire life, Khan's trust in the non-violent methods or in the compatibility of Islam and nonviolence never waned. So strong was his kinship with Gandhiji that in India that he was often referred to as the `Frontier Gandhi'. While there were some Pashtuns who wanted to stay united with India, others favored the creation of Pakistan. Abdul Ghaffar Khan, however, vehemently opposed the partition of India. As such, he was often seen as anti-Muslim by some.