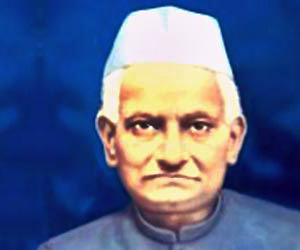 Born: May 6, 1861
Died: February 6, 1931
Achievements: Elected as Congress President twice; formed Swaraj Party and was Leader of the Opposition in the Central Legislative Assembly; prepared a draft Constitution for India.

Motilal Nehru was a doyen of Indian freedom struggle. He was the patriarch of what later became modern India's most powerful political dynasty. He was one of the most brilliant lawyers of the pre-independence India. He was elected as Congress President twice and is famous as the father of India's first prime minister Jawaharlal Nehru. He was affectionately called as Pandit Motilal Nehru.

Motilal Nehru was born on May 6, 1861 in Delhi in a Kashmiri brahmin family. His father was Gangadhar and his mother was Jeevarani. Motilal Nehru's father died before Motilal was born. Moti Lal Nehru was brought up by his elder brother Nandalal who was a junior lawyer in Allahabad.

Motilal Nehru became one of the first generation of young Indians to receive 'Western-style' college education. He attended Muir College at Agra, but failed to appear for the final year B.A examinations. He then decided to join legal profession and appeared for law examination. Motilal Nehru secured first place in law examination and started his practice as lawyer in Kanpur in 1883.

Later Motilal Nehru settled in Allahabad and earned a mark for himself as one of the best lawyers of the country. He used to earns in lakhs every month and lived with great splendor and pomp. He bought a large family home in the Civil Lines of Allahabad and christened it as Anand Bhavan. He frequently visited Europe and adopted Western lifestyle. In 1909 he reached the pinnacle of his legal career by gaining the approval to appear in the Privy Council of Great Britain. In 1910, Motilal contested the election to the Legislative Assembly of the United Provinces and won.

The arrival of Mahatma Gandhi on Indian political scene transformed Motilal Nehru. Jalianwala Bagh massacre in Amritsar in 1919 shattered his faith in British rule and he decided to enter freedom struggle. The British government appointed a Commission to inquire into the Jalianwala Bagh incident. The Congress boycotted this commission. It appointed its own Inquiry Committee. Mahatma Gandhi, Motilal Nehru, Chittranjan Das were among its members. Following Mahatma Gandhi's call for Non Cooperation movement, he gave up his legal practice. He also shunned his luxurious lifestyle, gave away his Western clothes and articles and started wearing khadi.

Motilal Nehru was elected as Congress President in 1919 and 1920. In 1923, he founded the Swaraj party along with Deshbandhu Chittranjan Das. The object of the Swaraj Part was to enter the Legislative Assembly as elected members to oppose the government. Motilal Nehru first became the Secretary and later the President of Swaraj party. He became the Leader of the Opposition in the Central Legislative Assembly and vociferously opposed and exposed the decisions of the government.

Motilal Nehru was arrested in 1930, in the wake of Civil Disobedience Movement. He was released in 1931, in view of his deteriorating health. Motilal Nehru passed away on February 6, 1931 in Lucknow.