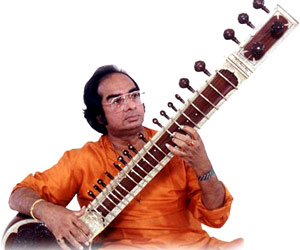 Ananda Shankar was a popular musician of India, who excelled in fluxing the western into the eastern music styles. He was born on 11 December 1942 at Almora in the Uttar Pradesh state to eminent classical dancers, Amala and Uday Shankar. He also happened to be the nephew of the world famous Sitarist, Ravi Shankar. Yet he chose to learn the instrument from Dr Lalmani Misra of Varanasi instead of his uncle. Later on, he married Tanushree Shankar.

Read on to learn more about this unique musician Ananda Shankar, who traveled to Los Angeles in the late 1960s. Here he played alongside many stalwarts in the field of music like Jimi Hendrix. Reprise Records signed Ananda Shankar on and this lead to the release of his first self-titled album in 1970. It comprised original Indian classical compositions and sitar-based versions of popular western hit songs such as that of The Rolling Stones' Jumpin' Jack Flash and The Doors' Light My Fire.

Ananda Shankar came back to India during the early 70s after the successful debut of his first international music album. More confident now, Shankar continued his musical experimentation and finally launched his most talked about album 'Ananda Shankar And His Music', which brought together the sounds of the sitar, guitar, tabla, mridangam, drums and the moog synthesizers. The very same album was re-released in 2005 reintroducing the melodies Ananda Shankar spent his entire life history creating.

The popularity of Shankar's music soared again during the mid 1990s after it made its way into the night clubs, especially those in London. The launch of Blue Note Records in 1996 further served to introduce Shankar's music to a newer and even larger number of audiences. Yet another one 'Blue Juice Vol. 1' belted out two outstanding sound tracks "Dancing Drums" and "Streets Of Calcutta". In 1990s, Ananda Shankar composed music as well as toured the UK. 'Walking On' was released in 2000 after Shankar's sudden death the year before.