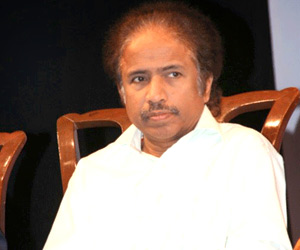 Born - 23 July 1947
Achievements - L. Subramaniam is a talented senior Indian violinist, composer and conductor skilled in Carnatic music of south India and Western classical. He is known to have done more than 150 recordings and has worked with many big names like Yehudi Menuhin, Stéphane Grappelli, Ruggiero Ricci, etc.

L. Subramaniam is a very highly talented senior Indian violinist, composer and conductor. He is skilled in Carnatic music, which is the classical music tradition of south India as well as Western classical. L. Subramaniam is famous for his music and compositions in orchestral fusion. He is known to have done more than 150 recordings and has worked with a number of other big names like Yehudi Menuhin, Stéphane Grappelli, Ruggiero Ricci and so many others.

L. Subramaniam, who hails from a Tamil family, gave his first public performance at the age of six. Music was in his blood from very childhood as both his parents, father V. Lakshminarayana, and mother V. Seethalakshmi, were renowned musicians. Though he acquired a doctorate in medicine, he chose to remain a violinist. He married Viji Subramanian and again after her death, the popular Indian playback singer Kavita Krishnamoorthy in 1999. The biography of L. Subramaniam's music career is quite impressive.

He has performed live with some of the greatest names in the Indian Carnatic music genre like Chembai Vaidyanatha Bhagavatar, M.D. Ramanathan and so on. L. Subramaniam has also played the Violin in many stage shows with the renowned Palghat Mani Iyer on the Mridangam. Not only this, Subramaniam has also composed music for orchestras and done Hollywood film scores. L Subramaniam has made various film scores for movies like Salaam Bombay and Mississippi Masala that was directed by Mira Nair.

He has also participated as solo violinist in Bernardo Bertolucci's Little Buddha and Cotton Mary of Merchant-Ivory productions. His orchestra compositions include 'Fantasy on Vedic Chant' with the New York Philharmonic. Some others are Zubin Mehta's 'Turbulence' with The Swiss Romande Orchestra, 'The Concert of Two Violins' with The Oslo Philharmonic and 'Global Symphony with The Berlin Opera and so on.

The life history of L Subramaniam's glorious music career is highlighted from time to time with the receiving of national awards and accolades. He was even nominated for the coveted Grammy in the year 1981. Later, he was awarded the Padma Shri by the Indian government in the year 1988 and again the Padma Bhushan in 2001. There are also some books he written on Carnatic music. He is fondly also called as Mani by his follow musicians, family and friends.