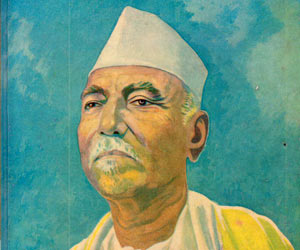 Born - 1862
Died - 1972
Achievements - Sarod expert, Allauddin Khan was a multi-instrumentalist and among the greatest musicians of India. Khan was the court musician of Brijnath Singh, the Maharaja of Maihar Estate in the Central Province and is said to have completely revamped the Maihar gharana of Indian classical music.

Though famous mainly as a Sarod expert, Allauddin Khan was, infact, a multi-instrumentalist and among the greatest musicians India's ever had. Fondly also called Baba Allauddin Khan, he was father to Ali Akbar Khan and Annapurna Devi and guru to many Indian musical stalwarts like Ravi Shankar, Nikhil Banerjee, Vasant Rai, Indranil Bhattacharya, Pannalal Ghosh, Wazir Khan and so on. He was the son of Sabdar Hossain Khan and was born in 1862 at Shibpur village in Brahmanbaria located in today's Bangladesh.

Read on about the biography of Allauddin Khan. It was his brother Fakir Aftabuddin, who first introduced him to music at home. But suddenly Khan ran away from home at the age of 10 to work in the traditional Jatra theatre and this gave him the opportunity to learn about the rich Bengali folk art. Some time later, he reached Kolkata, where singer Gopal Krishna Bhattacharya took him under his tutelage for 12 years. However, sometime near the 7th year Khan's guru became a victim of plague and passed away.

After this, Allauddin Khan turned into a disciple of Amritalal Dutt, a kin of the great Indian philosopher Swami Vivekananda and also the music director of Kolkata's Star Theatre. By this time, Allauddin Khan had made up his mind that he wanted to become an instrumentalist. During the same period, Khan learnt the European classical violin from a Mr Lobo, who was a bandmaster from Goa. Khan developed an interest in the Sarod after attending a musical show hosted by Jagat Kishore Acharya, the zamindar of Muktagachha.

At this show, Allauddin Khan heard the student of Asghar Ali Khan's student, Amjad Ali Khan playing the Sarod and instantly fell in love with it. He then became Asghar Ali Khan's disciple and studied the Sarod for five years. Since his too failed to satiate Khan's love for music, he next headed to Rampur to take lessons from Wazir Khan Beenkar, who was the court musician of the Nawab there and among the last direct descendants of the legendary Tansen.

It was through Wazir Khan Beenkar that Alauddin gained entry into the illustrious Senia gharana of Indian classical music. Also known by the name of the Tansen school of music, this particular Gharana comprises north India's most coveted body of musical knowledge. Later Khan became the court musician of Brijnath Singh, who was the Maharaja of Maihar Estate in the Central Province and completely revamped the Maihar gharana of Indian classical music.

Though this gharana came into inception in the 19th century, yet the changes made by Allauddin Khan to it were so significant that he is often said to be the creator of the Maihar genre of music. During the entire course of his life, Allauddin khan resided at Maihar and set up the Maihar College of Music during the year 1955. In recognition to the field of music, he was presented the Sangeet Natak Academy Award in 1952 followed by the coveted Padma Bhushan and Padma Vibhushan by the Government of India during the years 1958 and 1971 respectively.