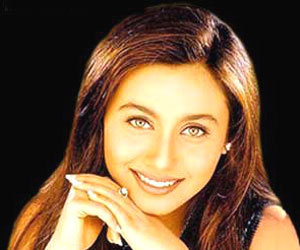 Rani Mukherjee is one of the top actresses of Bollywood. Infact, when it comes to Indian cinema, she is a personality who truly deserves a special mention. She was born on the 21st of March in the year 1978 in Bengal. Today, Rani Mukherji is one of the highest paid actresses of the Indian film industry. She won the Filmfare award for three consecutive years from 2004 to 2006. In totality, she has achieved six Filmfare awards. Well, in this article, we will present you with the biography of Bollywood actress Rani Mukherjee.

Early Life
She comes from a filmy background. Her father Ram Mukherjee was a director and her mother Krishna was a playback singer. Even, her brother Raja is a film producer. Thus, film industry was not a new place for her. She was already aware of the ins and outs of this industry. Her cousin Kajol is also an extremely versatile actress, who has established her foothold in this glamour industry of cinema.

Rani Mukherjee pursued her graduation from Maneckjee Cooper High School in Juhu. As soon as she completed her studies, she got a few offers from film producers to act in their film. Then she didn't look back and passionately got involved in establishing her career in films. At the moment, it can be said that Rani Mukherjee has become an integral part of Bollywood. To know the complete life history of Rani Mukherji, read on.

Film Career
Her debut film was Raja Ki Aayegi Baraat that was released in the year 1996. The movie was a flop and could not gain the appreciation of people. Her next two films Ghulam and Kuch Kuch Hota Hai were blockbusters that were well acclaimed. For Kuch Kuch Hota Hai, she received the Filmfare award in the Best Supporting Actress category. It brought her stardom overnight. Then, she was offered a number of promising roles.

Not only she has kept the image of a glamour girl, but also proved that she is a perfect example of beauty with brains. Her performance in the film Saathiya was highly praised. In the year 2003, she was given an entirely different look in the film Chalte Chalte, in which she was starred opposite to Shahrukh Khan. Rani looked real stunning in this movie, which enhanced her male fans group. Her other major hits comprise of Hum Tum, Veer Zaara and Black. She has done quite a number of films with the best directors of the industry like Sanjay Leela Bhansali, Karan Johar and B. R. Chopra.