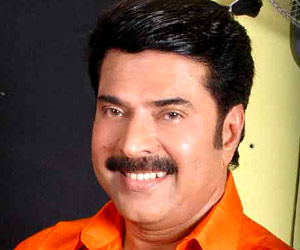 Born - 7 September 1953
Achievements - Muhammed Kutty is a prominent actor of the Indian film industry and has won three National Film Awards for Best Actor, six state awards and six Filmfare Awards in the "best actor" category. The unique feature about his acting is that he can essay both art house as well as commercial cinemas with complete ease.

The winner of three National Film Awards for best actor, six state awards and six Filmfare Awards in the "best actor" category, Muhammed Kutty who's more popular by the name Mammootty, is a prominent actor of the Indian film industry. Having worked in over 300 films with most of them being in Malayalam, Muhammed Kutty or Mammootty was awarded the prestigious Padma Shri by the Government of India in the year 1998 in recognition for his effort. Read on further about the biography of Mammootty.

Born on 7 September in 1953 at Chempu in Kerala state of India, Mammootty went on to study at the Maharaja's College in Ernakulam. Later he acquired a degree in law from the Ernakulam Government Law College. It was during his days at the Maharaja's College that Mammootty got his first break in the film Anubhavangal Paalichakal in1971. It was eminent writer M. T. Vasudevan Nair and film director, K. G. George who played pivotal roles in furthering Mammootty's career. His first film as a hero was 'Thrishna' directed by I.V.Sasi.

The life history of Mammootty reached an important point with films like Vilkanundu Swapnangal, Mela and Yavanika that got his acting skills noticed. And one feature that makes Mammootty distinct from others is the fact that he has been able to essay both art house as well as commercial cinemas with complete ease. Films produced by movie stalwarts like M. T. Vasudevan Nair, K.G. George, Padmarajan, P.N. Menon, and Bharathan helped Mammootty come under the limelight.

After this, Mammootty's skills were utilized by internationally famous directors like Adoor Gopalakrishnan, T. V. Chandran, and Pavithran. It was also noticed that the M.T and I.V.Sasi combination always worked wonders in Mammooty's films. Based on the novel 'The Almighty' by Irving Wallace, the movie New Delhi directed by Joshy proved to be a real turning point in the life and career of Mammootty. In this, Mammootty played a victimized journalist who dared to avenge the politicians who duped him. This film paved the way to superstardom for Mammootty.