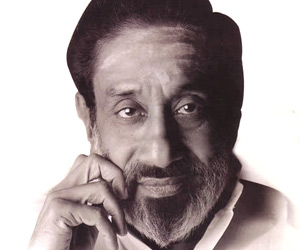 Born - 1 October 1927
Died - 21 July 2001
Achievements - Sivaji Ganesan was a great actor and politician of South India. He nurtured a fascination for acting since childhood and later worked in more than 300 Indian movies including nine Telugu films, one Kannada movie, two Malayalam movies and two Hindi movies.

Sivaji Ganesan, whose real name was Villupuram Chinnaiahpillai Ganesan, was a great actor and politician of South India. He was so much fascinated and interested in participating in theatre plays from his very childhood that he ran away from home at the tender age of nine to chase his dream. Later, it was his own mother who assisted him to get into a drama troupe. Read on to get more information in this biography based on Sivaji Ganesan.

Sivaji Ganesan got his first break in the film Paraasakthi that was released in the year 1952. In this movie, Ganesan starred opposite noted actress of yesteryears Pandari Bai and its script was penned by Karunanidhi. Sivaji Ganesan became so prominent in the film industry that he went on to work in more than 300 movies including nine Telugu films, one Kannada movie, two Malayalam movies and two Hindi movies.

Ganesan got the name Sivaji after he acted brilliantly as emperor Shivaji in a stage show. Some other names he got his the span of acting career were Nadigar Thilagam and Nadippu Chakravarthy, which when translated into English means the "King of Kings". Sivaji Ganesan was considered to be among the best actors in the South Indian film industry. Due to some respiratory problem, Ganesan was admitted into the Apollo Hospital at Madras where he died at the age of 74.