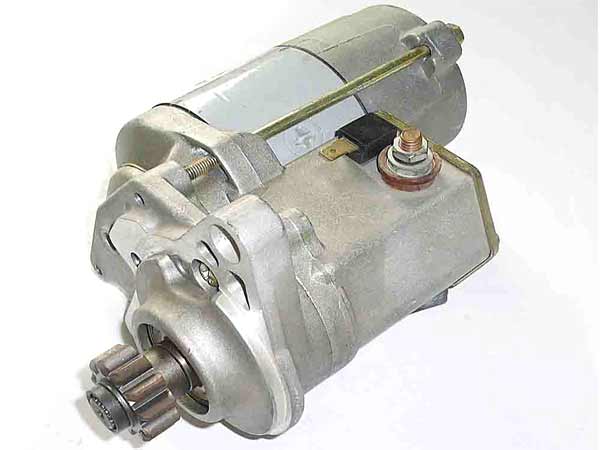 Car Starter is simply a DC motor that turns the engine crankshaft through the flywheel, starting the combustion process by creating compression within the cylinders. Voltage to the starter is supplied directly from the battery and is controlled by a relay and/or solenoid operated from the key switch inside your car.

A slow cranking engine may be a sign of a bad starter and with age, that's very likely. It may also be due to low battery voltage, poor electrical connections at the battery or a failed relay or fusible link.

Starting your car with the major components turned off (like the AC compressor, blower motor and high-powered stereos) will greatly ease the load on the starter.