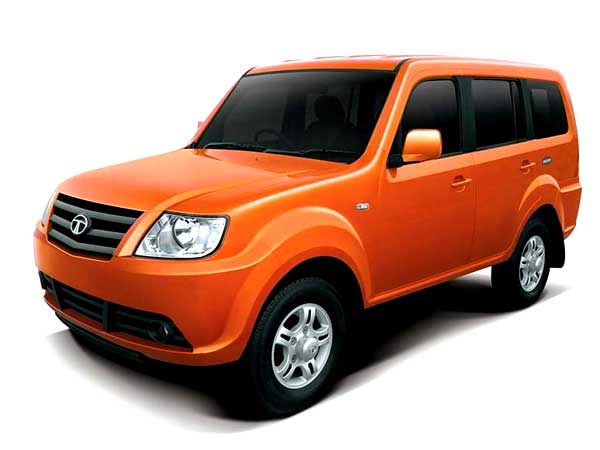 Tata Motors is the leading Indian automobile manufacturer. With several decades of impressive performance behind it, Tata Motors produces top of the line commercial vehicles. It is India's largest and one of the world's top five medium and heavy commercial manufacturers. It has made a name for itself in car production too.

About the Company
Tata Motors Limited is the leader of the market in commercial vehicles in each segment. It is the second largest in the passenger vehicles segment. At global level, Tata Motors stands fifth in the medium and heavy commercial vehicle manufacturer category. It has carved a niche for itself among global automobile makers.

Tata Indica
Indica is regarded as Tata Motors’ first indigenously designed passenger car. The compact hatchback car drew the attention of car enthusiasts right with its launch. Having lot of space and affordable, middle class Indian families loved to own it.

Tata Indigo
Tata Indigo, the first of Indian sedans, comes with state-of the-art features offering total comfort and luxury. Competitively priced, the car offers value for money. Having a number of India-specific features, the car has always been liked by Indian consumers.

Tata Indigo Marina
When Tata decided to launch station wagon version of their popular model Indica, they named it Tata Indigo Marina. The car is the perfect blend of the luxury of sedan and the spaciousness of an MUV. Delivering excellent performance, it has been received by car enthusiasts with enthusiasm.

Tata Indigo SX
Tata Indigo SX was launched in 2005 by Tata Motors, the largest makers of automobiles in India. It is a stylish car loaded with all modern accoutrements. Like all Tata models, this car has also been liked by the end users. Developed with Indian roads in mind, the car could be your four-wheeled vehicle in India.

Tata Safari
Tata Safari is among the popular options for off-road traveling. An indigenous product of Tata Motors India Limited, it is a sports utility vehicle (SUV). Mighty engine, sporty looks and superior performance on rough terrain make this vehicle a favorite of Indian car enthusiasts.

Tata Sumo Victa
Tata Sumo Victa, launched by Tata Motors in 2004, is a vehicle any owner is proud of. The multi-utility vehicle has muscular look complemented by roomy interiors. The newly designed cockpit offers more comfort and convenience. With a turning radius of just 4.9m, driving Victa through congested roads is never a problem.

Tata Aria
No other indigenous motor company has been able to create a niche for itself the way Tata Motors has done in India and in the offshore markets. It is India’s largest passenger automobile and commercial vehicle manufacturing company. Headquartered in Mumbai, Tata Motors is one of the world's largest manufacturers of commercial vehicles with manufacturing bases in Jamshedpur, Lucknow, Pune and Singur.

Tata Indigo XL
Tata Motors Limited, a leading Indian automobile manufacturer, was set up as a locomotive producer. When JRD Tata founded it in 1945, he never could have imagined that the company would grow exponentially and eventually ace the market of commercial vehicles. It was in 1954 that it entered the motor business and rolled out its first heavy truck in collaboration with Daimler-Benz AG.

Tata Xenon XT
The automobile industry in India has been growing by leaps and bounds with both domestic and international companies introducing innovative technologies and stylish models. Tata Motors, one of the leading automobile companies in the country managed to respond well to this trend by manufacturing vehicles that incorporate new and innovative technologies and international designs. Xenon XT, a new lifestyle truck from Tata.