Audi
Porsche is one of the leading sports car manufacturers of the world. Porsche cars are available in India
Home : Cars India : Car Models : Porsche 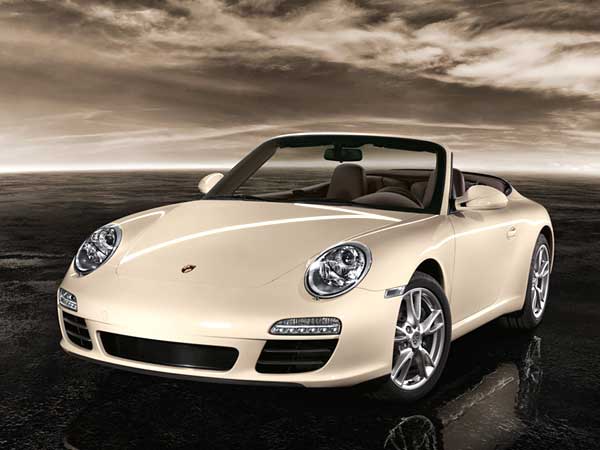 Porsche, a German manufacturer of automobiles, enjoys world-wide popularity. The headquarters of the company is situated in Stuttgart, Germany. A €7.273 billion company, Porsche is majority-owned by the Porsche and Piėch families and boasts of having 11,910 employees. Known for its exotic models that steep in luxury, the company has two major assets. First, the Porsche AG, the manufacturer of Porsche automobile line, and the second, a majority stake in Volkswagen AG, one of the chief car manufacturers in Europe.

Founded by Ferdinand Porsche, an Austro-Hungarian engineer in Volkswagen, in the year 1931, the company is highly known for its extremely classy luxurious car models and racing cars. In the present times, Porsche mainly produces sports car, like 911 (997), Boxster and Cayman sports cars and Cayenne sport utility vehicles. The latest model of the company, named Panamera sedan, has been introduced in market some time back only, on April 20 2009.

Porsche faces stiff competition in the market of cars. The closest competitors of Porsche in racing cars have been Ferrari, though experts often rate Porsche to have been offering equal or higher performing cars than comparatively more expensive Ferrari models. In they regular market, Porsche faces cut-to-cut completion's from the automakers like automakers Mercedes-Benz, Audi, and BMW, Lamborghini, Bugatti and Pagani. Despite a cut throat competition in the automobile market, Porsche has recorded a profitable business over years

Porsche claims the distinction of holding several awards and recognitions in its kitty. As per a survey conducted in March 2006, on 50 households of the New York City, Porsche was declared to be the most prestigious automobile brand by Luxury Institute, New York. The company has also been awarded with the J.D. Power and Associates Award, for the highest-ranked nameplate in its Initial Quality Study (IQS) of automobile brands.

Porsche Boxster
Porsche Boxster is a two-seater roadster, blending style with sporty performance. The car is a beauty and it possesses a commanding presence on the road. The car is equipped with state-of-the-art engineering, boasts of plush interiors, which are well complemented by its attractive exteriors.

Porsche Carrera GT
Porsche Carrera GT is a stylish sports car which has dazzled people in race arena. State-of-the-art technology used in the car ensures fantastic performance on race tracks as well as comfortable cruise on roads. The sports car is a delight to drive.

Porsche Cayenne
Porsche Caynne is a 5 seater SUV made for the high-end buyers. The luxury car has a commanding look and one-of-a-kind styling. Its class and performance sets it apart from other cars. The automobile is equipped with special features which ensure good off-road performance too.

Porsche 911
Porsche is a brand that many sports car aficionados will swear by. This German car manufacturing company is famed in the automobile industry for its high performance luxury automobiles. Popularity with regards to the cars’ quality, reliability and performance makes it a company that is much sought-after.