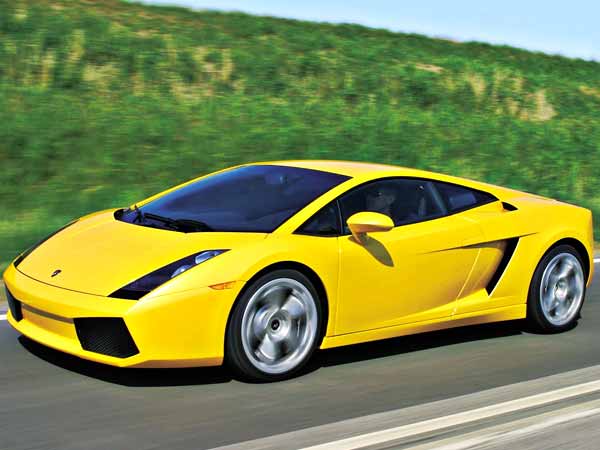 About the Company
Lamborghini is a world-famous luxury car manufacturing company. Named after its founder Ferruccio Lamborghini, who established it in 1963, the company manufactures super cars equipped with powerful engine, eye-pleasing looks, mind blowing top speed and luxurious interiors. The company entered Indian automotive business in 2006, with their sports cars. Their targets are the super-rich consumers of India, who love to flaunt million-dollar cars. Lamborghini has arrived in India with models like Gallardo (coupe), Gallardo Spyder (convertible), Superleggera (coupe) and Murcielago (both coupe and convertible).

Lamborghini, an Italian manufacturer of sports cars, is based in the small Italian village of Sant'Agata Bolognese, near Bologna. In 19998, it became a subsidiary of the German car manufacturer Audi AG, which is itself a subsidiary of Volkswagen Group. Lamborghini began as a tractor-building company but later moved on to building cars.

Lamborghini Gallardo
Lamborghini Gallardo Spyder is a car of style and luxury. It is not just an open-top version of the Coupe, but a completely new model, having an attractive new design and a unique system for opening and closing the fabric roof which utilises the engine compartment to store the folded roof. The roof raising/lowering system of the Gallardo Spyder is based on an electronic control system with electro-hydraulic actuators.

Lamborghini Gallardo Spyder
Lamborghini Gallardo is a super luxury car, named after a famous breed of fighting bull. It is a sports car with exotic looks and the performance to match. It has a mid-mounted V10 engine, all-wheel drive and the availability of an F1-style transmission. The car has the top speed of 315km per hour.