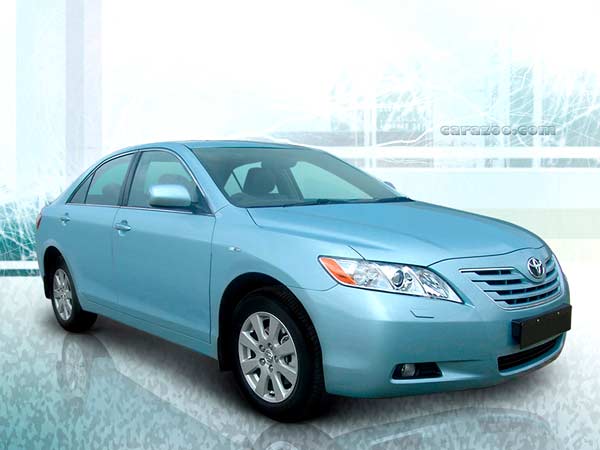 Toyota Motor Corporation is the premium vehicle manufacturer in the world. Based in Japan, the company manufactured its first vehicle in 1936. Toyota exported its first Japanese-made passenger car to the United States in 1957. Today Toyota has global presence and Toyota branded vehicles rank among the world's highest quality cars.

In India Toyota Motor Corporation has entered into a joint venture with Kirloskar Group and the new entity is called Toyota Kirloskar Motor Private Limited (TKM). The company aims to play a major role in the development of Indian automotive industry.

Toyota Corolla
Toyota Corolla is a smart flamboyant vehicle that has been engineered precisely to present the rider with a feeling of driving a sports car. The frontal of the car has been fashioned with Toyota’s logo, headlamps (with a sharp appearance), grille and the bumper just like the other model of the manufacturer, Camry.

Toyota Innova
Toyota Innova is a blend of unique features in an automobile. It is one of the most elegant and sophisticated cars with versatile space, superior performance and driving pleasure. Expertise of the engineers has endowed it with features such as world class safety along with advanced styling and solid robustness.

Land Cruiser Prado
Thanks to its sturdy design and mighty engine, Toyota Land Cruiser can even take you to places you thought visiting as impossible. The vehicle, which falls under SUV segment, is an all-terrain automobile. When Land Cruiser moves on the road, it rules it. When riding the vehicle for the first time, one can have the feeling of exhilaration.

Toyota Lexus LS 460
Toyota Lexus LS 460 is a luxury car bedecked with imposing looks, fantastic performance and smooth handling, The car ensures good mileage, within the city as well as on highways. The engine produces massive power which means that it can move effortlessly in types of terrain.

Toyota Etios
Toyota Motors launched its first and the last low-cost sedan, Etios, in the Indian market on December 1, 2010 in Bangalore. And with an unprecedented hype surrounding the three words “low cost sedan”, it is only natural that the expectations are nothing short of being sky high. With a starting price of Rs. 4.96 lac for a sedan, backed with ritzy looks and power packed performance,

Toyota Land Cruiser 200
Just few models have proved to be ranked as the world’s “best 4WD vehicle” and Land Cruiser, without a doubt, is one amongst the list since 1954. The arrival of Land Cruiser 200 from the hat of Toyota, world’s largest automobile manufacturer, has taken durability, reliability, and off-road performance to the highest level in 4WD history.