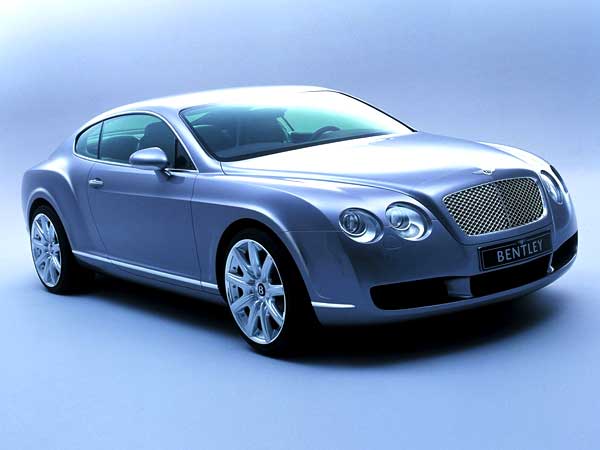 After ruling the domains of Europeon automobile market, Bentley Motors Limited has launched its range of supere premium luxury cars in India as well. In the year 2007 United Kingdom’s luxury car brand Bentley Motors set its foot in India with the launch of the models Azure and the Continental GTC. As of now the company is importing the vehicle as completely built units (CBUs) and selling it in India through Delhi-based Exclusive Motors Private Ltd.

About the Company
In the year 1919, W.O. Bentley founded the company Bentley Motors Limited in partnership with his brother H.M. Bentley. In the quest of manufacturing cars in his own legacy, Mr Bentley approached millionaire Woolf Barnato for financial help in 1925. Finally, in 1931 after the Great Depression the company was sold to Rolls-Royce.

Bentley Motors Limited caters to the high end elite class of consumers. Bentley Motors Limited has announced the availability of Bentley Continental Flying Spur, the world’s fastest car in India. This top-notch machine has the capability to run with the maximum speed of 320 kmph, it will be available for a price of Rs 2.5 crore (ex-showroom Delhi). The following models of Bentley are already available in India:

Stimulating driving experience, elaborate design, overwhelming power and performance, articulated interiors and state-of the art safety equipments to ensure complete peace of mind are some of the distinctive features of Bentley cars. It stands apart in the crowd for its beauty and performance. The car is a statement of status and prestige for the owner.

Bentley Arnage
Bentley Carnage, a full size luxury car, is a link between the supercharged cars of the yesteryears and the turbocharged models of today. One of the most powerful cars in the world, it is mated to a six-speed automatic transmission benefiting performance, driving dynamics and refinement.

Bentley Azure
Bentley Azure, the grand luxury car, is now available in India. The car is manufactured by Bentley Motors Limited, a leading car manufacturer of United Kingdom. Thanks to its supreme craftsmanship, elegant comfort and awesome power performance, driving it is a wonderful experience. The luxury vehicle is imported to India from UK as a completely built unit.

Bentley Brooklands
Bentley Brooklands is a car of excellent performance. A luxury sedan, it has been the talk of coffee tables for the superb quality it offers. It is a big two door coupe which features unique styling. The grand touring coupe captures all the panache, power and splendor in the 1920s when the ‘Bentley Boys’ made exploits at the famous Brooklands racetrack in the 1920s.

Bentley Mulsanne
Redefining craftsmanship and engineering, Bentley presents the all-new Mulsanne as homage to the past Bentley greats. Representing the pinnacle of British luxury motoring, this refined and sophisticated sedan has been crafted with intent of creating a new flagship Bentley with superior performance, unparalleled levels of interior luxury, and coach building skills to the core.