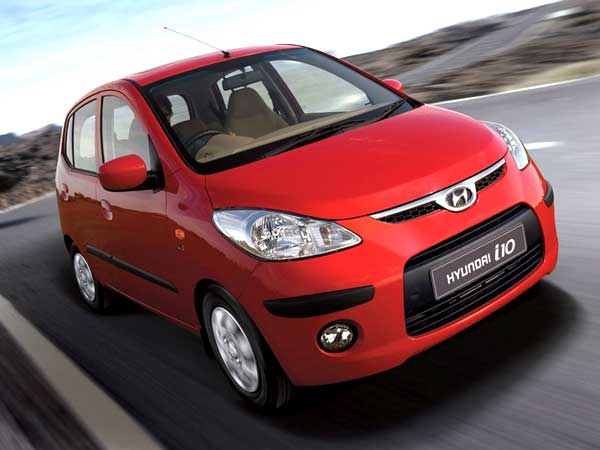 Hyundai Motor is a South Korea based car maker, placed sixth among the automobile makers in the world. Hyundai Motor India Limited (HMIL), its subsidiary, is the second largest and manufacturer in India. Some popular brands of Hyundai are Santro, Getz, Accent, Elantra, Sonata Embera and Tuscon. are the most successful brands of HMIL. For incorporating sustainable environment management practices, the company has been granted an ISO 14001 certification.

About the Company
Hyundai Motor Company (HMC), which came into being in 1967, is a division of Hyundai Kia Automotive Group, headquartered at Seoul, the capital of South Korea. The company operates the world's largest integrated automobile manufacturing facility at Ulsan in South Korea.

Hyundai Motor India Limited (HMIL), its wholly owned subsidiary in India, is the second largest car manufacturer in India. Currently the company markets more than 30 variants of passenger cars in six segments. Santro falls in the B segment, Getz in the B+, the Accent in the C segment, Elantra in the D segment, Sonata Embera in the E segment and the Tucson in the SUV segment.

During calendar year 2005, HMIL recorded combined sales of 252,851 with a growth of 17.26% over previous year. The company has rolled-out 1,000,000 cars in just 90 months since its inception and holds the distinction of being the largest exporter of passenger cars with exports of over Rs. 1,800 crores.

Hyundai Accent
Style, luxury, power and performance come together to make Hyundai Accent. Equipped with advanced engine technology and state of the art design & safety features, Hyundai Accent is in a league of its own. Presence of independent suspension means that driving the Accent is smooth sailing.

Hyundai Getz
Hyundai Getz is a darling of its users. Fusion of space, comfort and technology makes Hyundai Getz the car it is. Primarily, the car was known for its European looks, but gradually, it has become more mature-looking. Carrying ideal blend of form and functionality, the car has always attracted appreciation.

Hyundai Sonata Embera
Stylish looks, designed-for-India suspension system, and silent and powerful engine come together to make Hyundai Sonata Embera. A fifth generation car of Sonata, it is an upgrade on earlier luxury sedan. Having newly designed engine block, the car is known for its excellent pick-up and performance. The car is indeed a delight to drive.

Hyundai Terracan
Hyundai Terracan 2.9CRDT is a sturdy vehicle designed to operate off-road. The car has a majestic, brutish presence. It is an undeniably imposing car and riding it is a distinct experience. The driver can switch between two-wheeled and four-wheeled drive. Terracan is meant for rugged terrain and inclement weather, and it performs nicely on that front.

Hyundai Tucson
Tucson's large, versatile interior and five-year/60,000-mile basic warranty make it worth a serious look. It is a compact crossover SUV which shares its Elantra-based platform with the redesigned 2005 Kia Sportage. It is a five door vehicle and the driver can switch between two-wheeled and four-wheeled drive.

Hyundai Verna
Hyundai Verna is made distinct by its clean, modern and trendy texture, which makes it an object of panache. The car is rich in style and swift in movement, making it an elegant entity. It is a medium segment luxury sedan, and yet it projects a very sporty look on itself. Performing well in the domain of luxury, comfort and design,

Hyundai Verna Transform
If you are a fan of Hyundai automobiles, you will be happy to know that the company has launched a brand new car, the ‘Verna Transform’. The Verna transform is the remodelled version of the popular mid-size Hyundai sedan, the ‘Verna’.