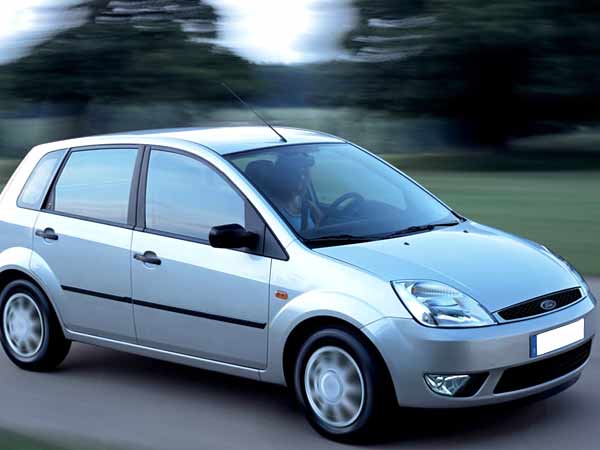 World's fourth largest automaker, Ford Motor Company, was founded by Henry Ford and incorporated on June 16, 1903. Ruling the automobile sector for over a decade, the company had a modest start with a capital of just $28,000 from 12 investors. In the early years, the company produced just a few cars a day at its factory on Mack Avenue in Detroit, Michigan. Today, Ford has major manufacturing operations in Canada, Mexico, the United Kingdom, Germany, Turkey, Brazil, Argentina, Australia, the People's Republic of China, India, and so on. The four wheelers manufactured are widely renowned for their unique styling, excellent performance and providing utmost luxury.

Ford's automotive brands include Aston Martin, Lincoln, Mazda, Mercury and Volvo. In the wake of economic liberalization in India, Ford entered the Indian market and since then Ford India Limited has registered an impressive growth. The company's venture into the Indian automobile market dates back to 1926, but sadly it was shut down in 1954. Despite its failed attempt, the automaker once again entered the Indian automobile business in 1995, as a 50-50 joint venture with Mahindra & Mahindra (M&M). The company was christened as Mahindra Ford India Limited (MFIL). The plant is located in Maraimalai Nagar near Chennai and has the capacity to produce 1, 00,000 vehicles per annum.

Three years thence, in 1998, Ford acquired 72% of the share in MFIL, thereby renaming the company as Ford India. The company made a debut in India with Escort, its first passenger car. With the advancement of technology and to adept with the rising demand, Ford replaced its Escort with Ford Ikon in 2001. This indigenous car was an instant hit and allured the Indians. After the magnanimous success of Ikon, the company added some more luxurious cars to its product line, including Fiesta, Fusion, Mondeo, Endeavour and Endeavour Thunder+. The other models include the Ford Zetec (MIFL) and Ford Escorts (MIFL).

Ford Endeavour
Ford Endeavor is a 7 seater SUV, available in both 2-wheel and 4-wheel drives. Equipped with latest technology in the market, Endeavor becomes a desirable vehicle for automobile consumers. The spacious 7-seater Endeavour has a domineering road presence. Offering world-class comfort to its passengers, Ford Endeavor is pleasure to ride. The sporty stance of the vehicle is enhanced by an aggressive front.

Ford Fiesta
Fiesta is a model offered by Ford, originally an American company which entered the Indian market in the year 1988. Designed specifically to adapt the demanding Indian road conditions, Fiesta is a mid-sized car offering perfect combination of style and performance. Providing satisfying comfort, it has been successful in Indian market.

Ford Fusion
Fusion is a premium hatchback of its maker Ford India. Designed to run optimally in Indian conditions, it has been developed and calibrated to provide a balanced combination of drivability and low emissions. Hard engineering effort in making it means Ford Fusion is agile and fun to drive.

Ford Mondeo
Ford Mondeo has elegant, muscular exterior and stylish interior designed with quality, which makes driving it a thing of pleasure. It is something which itself draws attention while moving on road. Innovative technology is used in designing it, and it shows. It is a large family car sold by Ford in various markets of the world.

Ford Figo
With an auto market like India’s where more than 70% of the customers prefer picking up hatchback cars as their precious possessions, Ford adds another smarter and trendy model into the competition. The stunningly gorgeous and masculine stylish machine, Figo has been launched to compete with the likes of Maruti Ritz, Hyundai i20, Honda Jazz, and Skoda Fabia, which have a firm base in their respective markets.