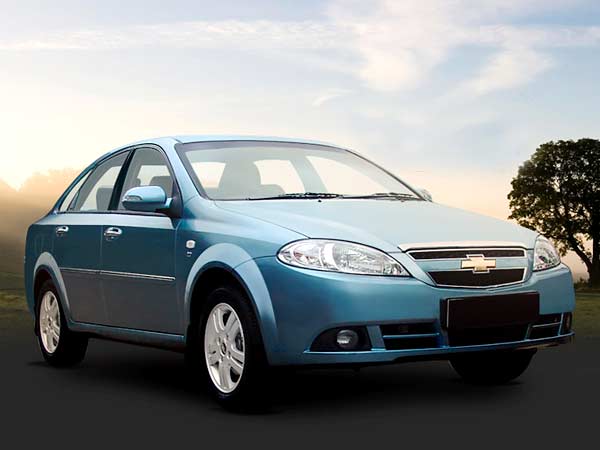 General Motors Corporation, which came into being in 1908, is the world's largest manufacturer of vehicles. It designs, manufactures and markets automobiles worldwide. Renowned brands of General Motors include Buick, Cadillac, Chevrolet, GMC, Holden, Opel, and Oldsmobile. It entered the Indian market as a 50-50 joint venture with the Birla Group but later became a fully owned subsidiary of its parent company. It is global automaker with manufacturing units in more than 30 countries.

About the Company
Largest manufacturer of automobiles in the world, General Motors produces millions of automobiles every calendar year. The corporation employs more than three lakh people around the world. The company has invested aggressively in high technology and e-business, using these for marketing and servicing of its products.

The company holds a large chunk of shares in GM Daewoo Auto & Technology Company of South Korea. It has entered into collaborations with the Suzuki Motor Corp, Isuzu Motors of Japan, DaimlerChrysler AG, BMW AG and Toyota Motor Corporation. With several automakers globally, GM has made agreements for vehicle manufacturing ventures.

General Motors entered India in 1994 as a 50-50 joint venture company with Birla Group of Companies. However, in 1999, it became a fully owned subsidiary of GM. From Public Limited, it was converted to Private Limited Company. The company strengthened its presence in India with several product launches. Chevrolet Optra was introduced in 2003 and Chevrolet Tavera (MUV) in 2004.

Chevrolet Aveo
Chevorlet Aveo is offered by General Motors, the world’s largest manufacturer of car. A hatchback model, it has stunning appearance combined with technological qualifications. Having comfy spaciousness and attractive features, the car offers a tough challenge to its competitors.

Chevrolet Forester
Chevorlet Forester is a vehicle of Sports Utility Segment (SUV). With power transfer to all four vehicles at any given time, the vehicle maintains amazing traction and road grip. The vehicle, which hit the Indian roads in 2002, is an offering of General Motors, the largest manufacturers of motor vehicles in the world.

Chevrolet Optra
Chevorlet Optra is the product of General Motors, the leading auto brand. The car has been powered by an engine producing over 120bhp of power lifting Chevorlet Optra Magnum to be the most powerful diesel sedan in its segment. With smart styling, spacious interiors, state-of-the art safety features, and superb engine,

Chevrolet Spark
Chevrolet Spark is a premiere car of ‘hatchback’ segment in India. Coming from world's leading car maker General Motors (GM), the modern, dynamic and stylish Chevy Spark has a slew of sporty features packed with high power performance. The car’s body has been made of light weight high strength steel.

Chevy SRV
Chevrolet SRV, a Sports Recreation Vehicle, is a premium five-door hatchback complimenting the sporty touch. The car flaunts contemporary Italian designs re-engineered for Indian roads. It caters to the segment which cares less for fuel efficiency and is more concerned towards performance. The car can move effectively in slow-moving traffic and at stable pace on highways.

Chevrolet Tavera
Chevorlet Tavera, a multi-utility vehicle, offers a blend of trouble-free performance, sporty looks and superior drivability. Offering value for money, it has a number of features. Tavera has been designed keeping in mind the general condition of Indian roads. It is an automobile that is reliable, comfortable and fuel-efficient.

Opel Corsa
Opel Corsa has roomy interior presented with a compact exterior. It is specially designed for India with a three-box version done by General Motor’s Brazilian subsidiary. Corsa comes with a notchback, sedan body style. With the trio of style, features and comfort, Opeal Corsa is a satisfaction for all its owners.

Opel Corsa Sail
Opel Corsa Sail has an international style exterior with an extra large spacious interior. Suspension system has been designed with Indian roads in mind, ensuring comfortable ride even on tough roads. Having German technology, the car is one of the best hatchbacks available in the Indian market