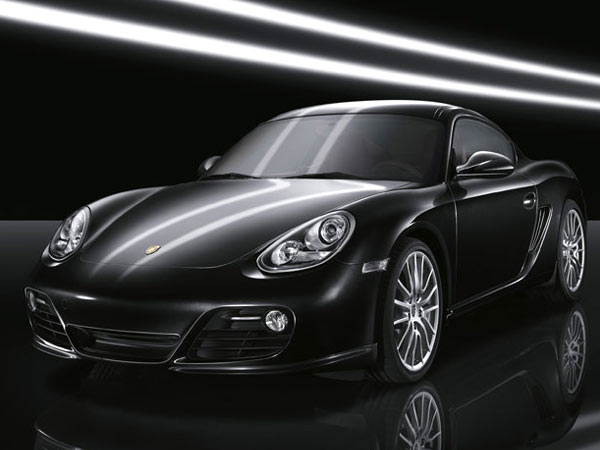 This German manufacturer of automobiles has been a name to reckon with in the sports segment and still strongly remains so. No points for guessing it right. Yes, Porsche, a German manufacturer of automobiles enjoys world-wide popularity. The winner of several awards and recognitions, Porsche was initially established as a consulting and development company by Ferdinand Porsche in 1931. With the passage of time, Porsche soon would become synonymous with luxurious sports cars as well as cutting edge technology. The year 2006 was significant as the company won the most prestigious automobile brand for its dedication and delivering excellence for over seven decades! Albeit facing some serious competition from other leading car manufacturers, Porsche firmly stands its ground with profits in place. Among the recent models from the Porsche warehouse is the Porsche Cayman which debuted in 2006. It exudes a combined charm of the grandeur of a coupe and the exhilaration of a sports car. Considered a luxury sports car, models in this two-seater coupe have a design that befits their distinctive and sporty character. Though the appearance of this car is similar to the Porsche Boxster, there are differences galore. The Cayman has been designed keeping in mind car enthusiasts in the global market. If you wish to know more on the Porsche Cayman, read through the sections below.

Design & Comfort
The Porsche Cayman has an aerodynamic design that renders a stunning look to it. With newly designed front and rear ends, the exterior has an enhanced visual appeal. Cayman models have standard halogen headlights, LED position lights and front fog lights integrated into the outer air intakes. If you are game for bi-xenon headlights with dynamic cornering lights, including LED daytime running lights, you can get them on request. A pair of light units integrated on the outer air intake duct looks very stylish. The front wings with their integrated headlights give Cayman models a distinctively sporty look. The rear section of the side windows curves dynamically upwards. Extending beyond the side windows are two additional lines that direct attention towards the rear end. A twin stainless tailpipe is integrated into the rear end.

This luxury sports-car has low seats and expansive glass surfaces that make for a roomy cabin. The controls are arranged logically and are kept within easy reach of the driver. When the surround sound audio system is played, the car transforms into a concert hall. The front compartment is abundantly spaced while the storage area in the rear side consists of two parts. The air conditioning system allows you to select different temperature settings for upper and lower sections of the cabin.

Safety
The safety features of the Porsche Cayman have six standard airbags, antilock disc brakes, and an electronic stability system. There are also thorax-protection airbags that are located on the seat backrests. You can also find the PSM or ‘Porsche’s Stability Management’, a control system that stabilizes the Cayman should it lose control at high speeds. Then there is also the ‘Porsche Side Impact Protection System’ that protects the passengers against side-impact collisions. This car also has an anti-theft protection system.

Variants & Price
Apart from the base model of the Porsche Cayman, the other model includes the Cayman S. You have a wide choice of colors that include the carrara white, guards red, black and speed yellow, arctic silver, basalt black, cobalt blue, midnight blue, macadamia, meteor grey, forest green and ruby red, while slate grey metallic, GT silver metallic, atlas grey metallic, dark olive metallic and malachite green metallic. The Porsche Cayman is available at approximately Rs. 49 lakh, while the Cayman is priced around Rs. 56 lakh.

Hope the above mentioned information on Porsche Cayman provided useful details to you.