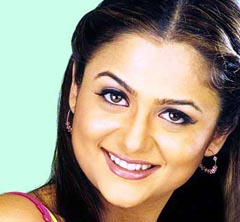 Mini Biography
Amrita Arora was born in a traditional Maharashtrian family at Mumbai (Bombay). She is the younger sister of Malaika Arora, the well known model and actress. Amrita Arora followed footsteps of her elder sister. She started her career as Model and gradually moved into being a Video jockey. Amrita hosted shows such as "MTV House Full" and "MTV Chill Out". She also featured in many advertisements such as Ponds, Elle 18 and Sunsilk Fruitamins. Amrita Arora made her debut in Bollywood with the film "Kitne Door Kitne Pass" opposite Fardeen Khan. Her first film was unsuccessful at the Box Office. Amrita's first successful movie was "Awara Paagal Deewana" directed by Vikram Bhatt. After that, a series of flop film followed including the controversial film "Girlfriend" with Isha Koppikar (a film about lesbian relationship). She was romantically linked to Kevin Otter, Upen Patel and Ashmit Patel. Currently she is said to be dating Usman Afzaal.