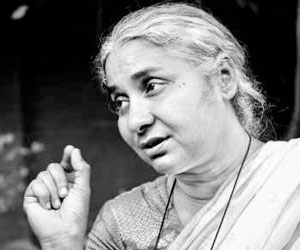 Medha Patkar is a well known social activist of India. She was born on 1st December in the year 1954. Prior to becoming a social reformer, she completed her M.A. in Social Work from Tata Institute of Social Sciences (TISS).She left Ph. D. in the midst and got actively involved in the agitations conducted by tribals and peasants of Maharashtra, Madhya Pradesh and Gujarat. This paved way for the formation of the organization named Narmada Bachao Andolan. Well, in this article, we will present you with the biography of Medha Patkar, who has contributed a lot in improving the living conditions of people.

Hunger strike
On 28th March, 2006, Medha went on a hunger strike, in protest of the decision taken by the authorities, to increase the height of the Narmada dam. The strike continued for a long period of 20 days and finally came to an end on April 17, 2006. The Supreme Court rejected the plea of Narmada Bachao Andolan to stop the construction of the dam. To know the complete life history of Medha Patkar, read on.

Detainment by Police
On December 2, 2006, Medha was arrested by the police at Singur in West Bengal, for her active involvement in the protest against getting the hold of farmland. She was detained, because the police officers thought that, she might provoke people, thus leading to law and order problem.

Foreign Fund and Anti-National Activities
The Madhya Pradesh Government alleged the Narmada Bachao Andolan of receiving foreign funds and using them for unclear purposes. They claimed that, the money that was obtained was being used by the organization to hamper the rehabilitation process.