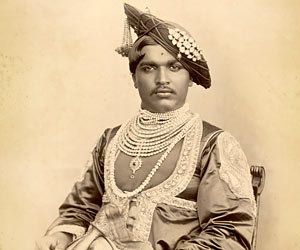 Born - 26 June 1874
Died - 1922
Achievements - Shahu is also known to have done a lot for the upliftment of the poor and the down trodden. He tried his level best to make education and jobs available to all those living in his domain. He also passed laws to allow the training of non-Brahmin men as temple priests.

Shahu Chhatrapati was the Maharaja or the king of the Indian princely state of Kolhapur. Also known by the name of Rajarshi Shahu, he was known to be a great social reformer of his time. Shahu Chhatrapati was born on 26 June in the year 1874 as Yeshwantrao Ghatge. He was the eldest son of Appasaheb Ghatge, who was the head of Kagal and his wife Radhabai, who was the daughter of the Raja of Mudhol that's in today's Karnataka state. Read on the biography of Shahu Chhatrapati.

When Shahu Chhatrapati was a child, he was adopted by Anandibai, who was the widow of Maharaja Shivaji IV of Kolhapur in the year 1884. The following generations saw a lot of marriages taking place between the members of these two families. This caused Shahu's family to remain closely associated with the ruling dynasty of Kolhapur. This also helped in securing Shahu Chhatrapati's place on the throne despite his not being a male-line member of the Bhonsle dynasty.

Another important point came in the life history of Shahu Chhatrapati in 1891, when he married Lakshmibai, the daughter of a Maratha nobleman from Baroda. And together they gave birth to four children. Shahu is also known to have done a lot for the upliftment of the poor and the down trodden. Shahu Chhatrapati tried his level best to make education and jobs available to all those living in his domain.

He not only made acquiring education less expensive, but also gave free education to all and got many hostels built within the precincts of Kolhapur. By promising proper employment to the students, Shahu Chhatrapati devised one of the earliest affirmative programs. And many of these plans were executed in the year 1902. Among other changes made by Shahu Chhatrapati for social reform was training the non-Brahmin men as temple priests.

This particular modification went against the social norms as it is still reserved for only those belonging from the Brahmin sect to become priests in India. For this Shahu even faced solid opposition from many, but remained steadfast. However, this reform too got vanished once Shahu passed away. To honour Shahu's contribution to the society, the Indian postal department issued a stamp dedicated to him.