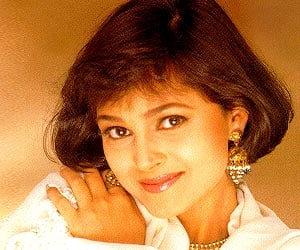 Alisha Chinai is a leading pop singer, who can be given the credit for bringing the trend of pop music in India. Born on the 18th of March in 1972, she has brought a revolution in the Indian music industry. It is said that her real name is Sujata. More often, she is known as the Indian Madonna. Well, in this article, we will present you with the biography of Alisha Chinai.

During 1990s, she went a step ahead and worked with other music directors like Anu Malik and Nadeem-Shravan. Apart from playback singing, she also came out with her own private albums like 'Made in India' and 'Lover girl', which gained a lot of popularity and became the talk of town. Her pop albums brought her stardom overnight. Her initial albums were very popular, but the latter ones could not gain a positive response from the audience. So, she decided to return back to the filmi music. One of her biggest filmi hits is the song Kajra Re, which made the entire country go crazy. She even received the Filmfare Best Female Playback Award for this song.