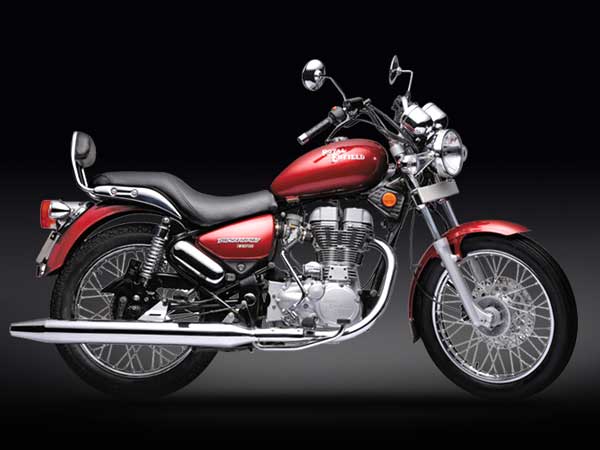 Royal Enfield Thunderbird is a powerful bike which ensures comfortable ride for its riders. Equipped with plenty of modern technology, it is a modern motorcycle which maintains the legacy of Bullet. All Thunderbird enthusiasts love to have smooth and reliable rides of Thunderbird. The bike has one won the Best Cruiser Award from BBC Wheels

Looks and Styling
Loads of chrome has been used to style Thunderbird. Weld lines have become cleaner in Thunderbird, cumbersome fuel tank extensions are absent and there is minimal graphic display. The color has become more attractive with strong vibrant shades. Display panel hides the lights when they are off, making it cool.

Control and Comfort
Front suspension of the two-wheeler employs hydraulically damped telescopic forks. the rear suspension is outfitted with a short swing arm with five way adjustable shock absorbers. The one-piece stepped seat ensures adequate comfort and a firm cushioned backrest makes it better for the pillion rider. The bike is equipped with digital TCI (Transistor Coil Ignition) and it shows on performance. It has telescopic front suspension with hydraulic damping. Rear suspension has swing arm with gas shock absorbers. However, neutral-finder, which is a common feature in Bullet bikes, is missing.

This is the first Royal Enfield motorcycle to come equipped with a front disc brake.. It is also the first Enfield bike to use Digital CDI ignition and sport a production 5-speed gearbox.

Engine
The grand two-wheeler is equipped with single cylinder, 4 stroke 350cc engine that churns out a peak power of 18 bhp @ 5500 rpm. The engine has a constant vacuum carburetor which assists combustion and improves initial pick-up. The CDI ignition system of Royal Enfield Thunderbird takes care of cold start problems. It has optional disc brakes and self-start. The bike gives the mileage of approximate 40km/litre. This is due to lighter aluminum alloy which is used to make this motorcycle.