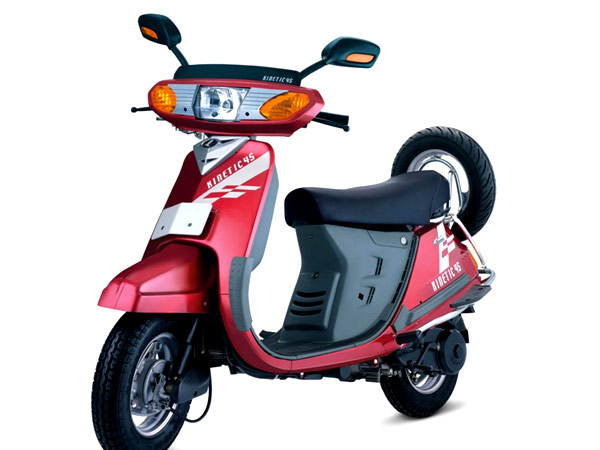 Kinetic Engineering is credited with bringing in India the concept of personalized transport. It is a part of the Firodia Group of companies, one of the pioneering groups in automobiles sector in India, founded in the year 1972 by Mr. HK Firodia, known as the doyen of the Indian Automobile Industry. Kinetic launched the Luna moped in 1974, which has now become an iconic brand in India.

About the Company
Kinetic Motors introduced the concept of personalized transportation in India in 1972 when it launched Kinetic Luna. Thereafter, it has been continuously serving Indian automobile industry.

In 1984, the company entered into a Joint Venture with Honda Motor of Japan, to produce advanced scooters in India. Both the companies introduced in collaboration a gearless scooter with advanced features like TLAD suspension, auto choke and auto fuel cork. In 1998, Kinetic bought the controlling stakes from Honda becoming the first Indian JV partner to buy out the foreign majority shareholder.

Kinetic has a dealership network of more than 400 dealers and authorized service centers across the country. It is a leading exporter of vehicles across the globe with thousands of vehicles exported to the United States, Canada, Latin America, Europe, Africa, the Middle East, South Asia, and Australia. It has bagged the Exports Excellence award nine consecutive years.

The company acquired Italiano series of scooters from Italjet Moto. The acquisition involved all global distribution rights as well as relocation of total production lines to India. Kinetic also has partnered with SYM Motors of Taiwan to produce some two wheeler brands.

Kinetic produces a complete two-wheeler portfolio which ranges from mopeds, scooterettes, scooters to bikes. Manufacturing plants of the company are at Pithampur (for scooters), Ahmednagar (for scooterettes and mopeds) and Koregaon (for bikes).

Kinetic 4S
Kinetic has become synonymous with the Indian gearless scooter segment. Kinetic 4S, a spruced-up version of the two-stroke Kinetic Zoom, is a descendant of the iconic Kinetic scooter.

Kinetic Boss 115
Kinetic Boss 115 was an effort by Kinetic to add more value to the entry-level segment of the bike market. With higher engine capacity and greater power in bhp, the Boss 115 added performance dimension to the economy section.

Kinetic GF 125
Kinetic and Hyosung Corporation of South Korea came together to produce GF 125, the first Indian bike to use four-valve engine technology. For bike enthusiasts who care two hoots about power, there is enough visual attraction to keep the mind occupied.

Kinetic GF 170 Laser
Kinetic and Hyosung Corporation of South Korea have come together to produce the GF 170 Laser bike, positioned in the executive segment of the two-wheeler market. All technical specifications that a biker desires in a bike have been incorporated in it.

Kinetic King 100
Kinetic King 100 is a moped-bike hybrid specifically designed for rural and semi-urban markets. A double role bike, it has excellent load carrying capacity as well as sturdy body to cope with the terrain in rural areas.

Kinetic Luna
Kinetic Luna is the brand which is credited with heralding the advent of personalized transportation in India. Way back in 1972, when Luna was launched, it brought an era which is still progressing.

Kinetic Stryker
Stryker was launched was Kinetic Engineering for having its share in 100cc bike market. A durable, comfortable and stylish motorcycle, it is a good value for money. It is an elegant, and at the same time, performance delivering bike.

Kinetic Velocity
Kinetic Velocity was an effort of Kinetic Engineering to make space for itself in the executive bikes segment, the largest category of two wheelers in India, accounting for over 60% of the bikes market.

Kinetic Zing 80
Zing 80 is refurbished gearless scooter Kinetic Zing. It has a peppy look which is particularly popular in college crowd of young girls. The vehicle has picky style and funky features.

Kinetic Zoom ZX
Kinetic Zoom ZX takes forward the legacy of the original Kinetic scooter that revolutionized the gearless scooter market. It is essentially a city vehicle which is quite useful for going to college, friends or nearby market.