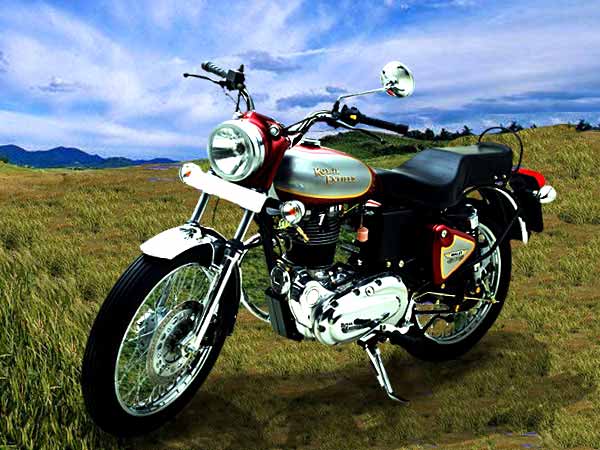 Royal Enfield are the makers of famous Bullet brand in India. Established in 1955, Royal Enfield is among the oldest bike companies. Although the company is known for manufacturing motorcycles, it also produces bicycle, stationary engines, lawnmowers and rifles. Royal Enfield has its headquarters at Chennai in India. Bullet bikes are famous for their power, stability and rugged looks.

Royal Enfield Models
About the Company
Royal Enfield was a brand of the Enfield Cycle Company, a British manufacturing firm. It started in India for the Indian Army 350cc bikes were imported in kits from the UK and assembled in Chennai. After a few years, the company started producing the 500cc Bullet. Thanks to its qualities, Bullet became popular in India.

Bullet became known for sheer power, matchless stability, and rugged looks. It looked tailor-made for Indian roads. Motorcyclists in the country dreamt to drive it. It was particularly a favorite of the Army and Police personnel.

In 1990, Royal Enfield ventured into collaboration with the Eicher Group, a leading automotive group in India, in 1990, and merged with it in 1994. Apart from bikes, Eicher Group is involved in the production and sales of Tractors, Commercial Vehicles, and Automotive Gears.

Royal Enfield made continuously incorporating new technology and systems in its bikes. In 1996, when the Government of India imposed stringent norms for emission, Royal Enfield was the first motorcycle manufacturer to comply. It was among the few companies in India to obtain the WVTA (Whole Vehicle Type Approval) for meeting the European Community norms. Today, Royal Enfield is considered the oldest motorcycle model in the world still in production and Bullet is the longest production run model.

Royal Enfield Bullet 350
One can be a part of classical prominence by having a ride on Royal Enfield Bullet 350, a macho bike which is stylish as well. The brawny is laden with plenty of attention grabbing features like traditional designing, astonishing power of 18 bhp from air cooled, 4 stroke engine, large wheels, and better sitting for superior riding.

Royal Enfield Bullet Electra Bike
Any biker who is passionate for speed, power and performance would love to ride Bullet Electra. The bike comes with generous power output, great stability and control with comfortable riding experience.

Royal Enfield Bullet Machismo
Like all bullets, Machismo 500 too has muscular designing which, assisted by cutting-edge technology, makes a grand-looking bike. The heavy bike makes the heads turn when it moves on roads. With its huge pulling power, it can even climb sharp ascents on rough terrain with ease.