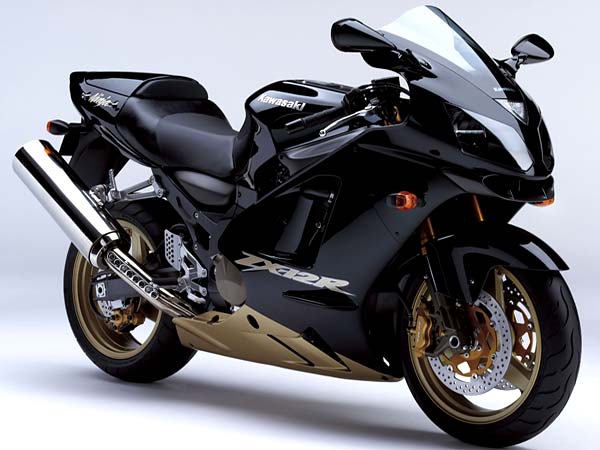 ZX12R was the flagship sports bike of Kawasaki Motorcycles, before the introduction of the ZX-14 (ZZR1400). With the Kawasaki ZX12R Ninja, Kawasaki threw its gauntlet into the high-performance sportbike war raging among the Japanese motorcycle manufacturers. In 2001, all Japanese bike manufacturers reached an agreement regarding top speed of their bikes, which was set to 300 km/h. Thanks to its features, ZX-12R enjoyed a strong following among its riders and fans. Production of Kawasaki Ninja ZX-12R was discontinued in 2006.

Design
The bike’s all-aluminium monocoque frame and cast steering swingarm pivot areas made for an extremely stiff structure and contributed to the bike's superb high-speed stability and supersport handling performance. Handling and braking systems were as much advanced as the power of the engine, resulting in a motorcycle that was docile at low speeds and easy to handle in heavy traffic.

Technical Features
The wind-tunnel designed fairing was developed with assistance from Kawasaki's aircraft division and the redesigned upper cowl had a shorter nose for better aerodynamics and a sportier look. The bike featured a six-speed transmission that had been revised for smoother shifting, and was mated to a more durable clutch. A fully new radiator provided better cooling while being lighter in weight. It had a new radiator fan which is quieter.

As for the chassis, a new diamond-type frame constructed of high tensile steel provided a steeper steering head rake angle, resulting in an unchanged wheelbase when mated with a longer swingarm. The fork was larger and stiffer with revised settings. The rear suspension system utilized a new Kayaba shock that was 5-way adjustable for preload.